Molecular biologist David Sinclair and his team from Harvard Medical School are reversing ageing in mice by using proteins that can turn an adult cell into a stem cell. CNN reports:

Using proteins that can turn an adult cell into a stem cell, Sinclair and his team have reset aging cells in mice to earlier versions of themselves. In his team’s first breakthrough, published in late 2020, old mice with poor eyesight and damaged retinas could suddenly see again, with vision that at times rivaled their offspring’s.

“It’s a permanent reset, as far as we can tell, and we think it may be a universal process that could be applied across the body to reset our age,” said Sinclair, who has spent the last 20 years studying ways to reverse the ravages of time.

The 'Benjamin Button' effect: Scientists can reverse aging in mice. The goal is to do the same for humans ⁦@CNN⁩ https://t.co/9jiHbufFAM

Speaking at Life Itself, a health and wellness event presented in partnership with CNN, Sinclair told the audience: “If we reverse aging, these diseases should not happen. We have the technology today to be able to go into your hundreds without worrying about getting cancer in your 70s, heart disease in your 80s and Alzheimer’s in your 90s. … This is the world that is coming. It’s literally a question of when and for most of us, it’s going to happen in our lifetimes.”

Age may be just a number, but it’s a number that often carries unwanted side effects, from brittle bones and weaker muscles to increased risks of cardiovascular disease and cancer. Now, scientists at the Salk Institute, in collaboration with Genentech, a member of the Roche group, have shown that they can safely and effectively reverse the aging process in middle-aged and elderly mice by partially resetting their cells to more youthful states.

“We are elated that we can use this approach across the life span to slow down aging in normal animals. The technique is both safe and effective in mice,” says co-corresponding author Juan Carlos Izpisua Belmonte, professor in Salk’s Gene Expression Laboratory and holder of the Roger Guillemin Chair. “In addition to tackling age-related diseases, this approach may provide the biomedical community with a new tool to restore tissue and organismal health by improving cell function and resilience in different disease situations, such as neurodegenerative diseases.”

As organisms age, it is not just their outward appearances and health that change; every cell in their bodies carries a molecular clock that records the passage of time. Cells isolated from older people or animals have different patterns of chemicals along their DNA—called epigenetic markers—compared to younger people or animals. Scientists know that adding a mixture of four reprogramming molecules—Oct4, Sox2, Klf4 and cMyc, also known as “Yamanaka factors”—to cells can reset these epigenetic marks to their original patterns. This approach is how researchers can dial back adult cells, developmentally speaking, into stem cells.

The science of aging

The Quest to Slow, Stop and Even Reverse Aging | Future You | NPR 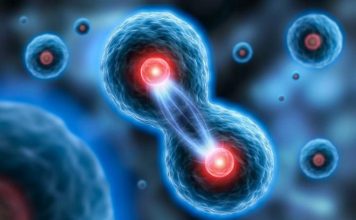