By Frank Diana | 2 May 2022
Reimagining the Future

I like the way Daniel Davis described the prospects of humans living both longer and healthier lives. In his article on the topic of ageing, he points to scientific advancements that are leading to life extension. At the same time, he underscores a key tenet of the journey: healthspan is just as important as lifespan. This lies at the heart of a key future scenario identified as healthy life extension. That one scenario has many thinking about a world where people live much longer, healthier lives. Imagine a key institution like retirement. As much as we believe that our lives have always been segmented into three dominant phases (education, work, retirement), those phases represent a small portion of human history. This is an example of the institutional change that lies ahead. Now imagine a scenario referred to as radical life extension.

My piece in the @guardian: Could we make ageing a thing of the past?(edited by @D_Shariatmadari – thanks, and published next to an interview with @neilhimself!) https://t.co/l8kj1WcVGQ

Given our past record and our current values, humanity’s next targets are likely to be immortality, happiness and divinity. We will now aim to overcome old age and even death itself.

Sure enough, the world’s richest people are now focused on what Yuval Noah Harari described back in 2015. The current manifestation of this pursuit for immortality is a startup called Altos Labs. It will draw comparisons to Calico Labs, a longevity company announced in 2013 by Google co-founder, Larry Page. The article by Mr. Davis references Altos Labs, which is said to have $3bn at its disposal to research this pursuit of radical life extension. At its simplest levels, the article states that we age because our cells age, but there isn’t a hard biological limit to how long we can survive. Bowhead whales live for more than 200 years, while a giant tortoise currently checks in at 190. Yet the oldest human died at the age of 122. Understanding and reversing the ageing process will require the efforts of all kinds of scientists, including biologists, physicians, mathematicians, and computer scientists.

Nobody knows the extent to which Altos Labs, or any other organization, is going to solve this puzzle. But what is clear is that there will be spin-offs from the effort, such as new ways of aiding tissue repair, fighting cancer, or boosting immunity. A crucial point here is that the mission to beat ageing has a vastness to it in the same way that landing on the moon wasn’t just about landing on the moon; it is a journey which will lead to all sorts of new technologies, scientific knowledge and medical outcomes

Daniel M Davis – Could we make ageing a thing of the past?

In the context of future scenarios, living longer or forever pose some interesting challenges for existing institutions. As unrealistic as these scenarios seem, rehearsing them allows us to consider the possibilities.

Daniel Davis: A short history of scientific revolution in immunity

How The Ultra Rich Are Trying To Live Forever – CNBC News 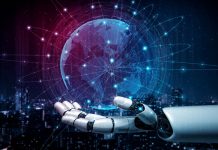