World population has tripled since the warnings of Julian Huxley and others in the 1950s. The Ford administration’s 1975 National Security Study Memorandum 200 report detailed much of the problem, called for universal access to contraception, and noted that abortion should be decriminalized, but it was mysteriously “classified” and buried until 1989 and is never mentioned.

Part of the problem is the vigorous opposition to contraception by conservative religious leaders. Pope Francis could help by rescinding the Vatican’s mistaken 1968 condemnation of contraception.

(And long time Nation subscriber. FYI, to my knowledge I am the only writer who published reviews of the book with the NSSM 200 report, in USA Today magazine and other publications.)

The New Abolitionism by Christopher Hayes

The Change Within: The Obstacles We Face Are Not Just External by Naomi Klein

– How far is the Vatican willing to go to insure its survival?
– Why the Catholic Church has survived for 2000 years while all other tyrannies have failed
– The Catholic Church and Sex
– Vatican Rejection of Freedom of the Press

Professor Milton Siegel, who for 24 years was the Assistant Director-General of the World Health Organization, speaks to Dr. Stephen Mumford in 1992 to reveal that although there was a consensus that overpopulation was a grave public health threat and would be a major cause of preventable death not too far in the future, the Vatican successfully fought off the incorporation of family planning and birth control into official WHO policy. This video is available for public viewing for the first time. Read the full transcript of the interview here.

Population growth as an issue has been given short shrift for several decades. Robert Engelman, president of Worldwatch Institute, outlines the reasons in this clip from an interview filmed for the documentary, GrowthBusters: Hooked on Growth. To order the film or find a screening near you, visit www.growthbusters.org.

Last Call: The Untold Reasons of the Global Crisis is a film that shows the urgency of the message of warning launched by the authors of the most controversial book of the past 40 years: The Limits to Growth.

Critical Mass is a feature documentary about the impact of human population growth and consumption on the planet and on our psychology.

A Crash Course on Papal Infallibility

Why is the Catholic Church on a course of self-destruction?

Consequences of Papal Infallibility for Catholicism and Humanity

The Importance of Papal Infallibility to Roman Catholicism 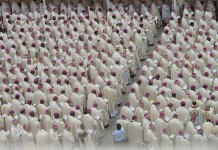 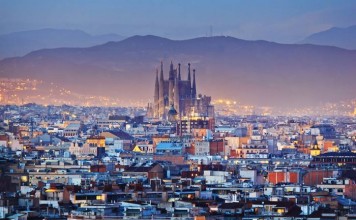