Recently – Christmas Day, in fact – the Wall Street Journal published an article by a Christian apologist who boldly declared that science was “increasingly” making the case for God, year-after-year.

Eric Metaxas is best known as a biographical writer, but he is also lauded (in conservative circles) for his work promoting the pro-life movement and making sweeping, outrageous conclusions about the existence of God based on whatever tenuous evidence seems handy at the time. If sweeping, outrageous conclusions be Metaxas bread-and-butter, than his Wall Street Journal article is perhaps his magnum opus. It’s a doozy.

After subtitling his work “The odds of life existing on another planet grow ever longer. Intelligent design, anyone?”, what followed was a meandering journey into the mind of a creationist playing at scientific literacy – but only when it suited his predetermined conclusions.

The arguments aren’t new. If you’ve ever walked into a Christian bookshop and picked up a book “debunking” evolution, you’d find similar jabs. Paragraphs like these abound:

Today there are more than 200 known parameters necessary for a planet to support life—every single one of which must be perfectly met, or the whole thing falls apart. Without a massive planet like Jupiter nearby, whose gravity will draw away asteroids, a thousand times as many would hit Earth’s surface. The odds against life in the universe are simply astonishing.

Yet here we are, not only existing, but talking about existing. What can account for it? Can every one of those many parameters have been perfect by accident? At what point is it fair to admit that science suggests that we cannot be the result of random forces? Doesn’t assuming that an intelligence created these perfect conditions require far less faith than believing that a life-sustaining Earth just happened to beat the inconceivable odds to come into being?

One person who is clearly fed up with this kind of pseudoscientific contrived nonsense is Lawrence Krauss, a world-renown theoretical physicist and cosmologist. His actual job, unlike Metaxas’, is to study the Universe – and he doesn’t share Metaxas’ optimism about his discoveries justifying intelligent design. 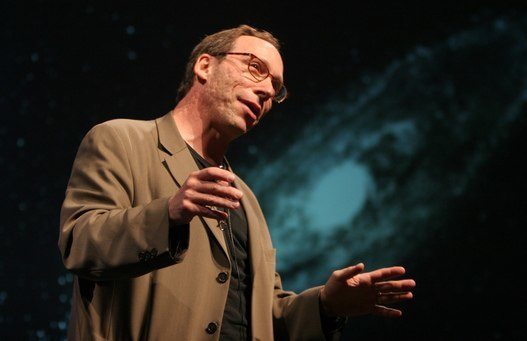 In a letter to the editor, Krauss systematically dismantles Metaxas’ shallow science and demonstrates that, not only has science not proven God’s existence (or disproven!), but most of the assumptions Metaxas makes are flat-out wrong.

I was rather surprised to read the unfortunate oped piece “Science Increasingly makes the case for God”, written not by a scientist but a religious writer with an agenda.  The piece was rife with inappropriate scientific misrepresentations.  For example:

Religious arguments for the existence of God thinly veiled as scientific arguments do a disservice to both science and religion, and by allowing a Christian apologist to masquerade as a scientist WSJ did a disservice to its readers.

And anticipating Metaxas’ response of “bias” from a secular scientist, Krauss isn’t the only one – on either side of the debate – that has found the Metaxas’ premises to be absurd. Writing for the Huffington Post, Geoffrey A. Mitelman, a rabbi, found the article equally troubling.

So, as tempting as it might be for someone like Metaxas to believe it, science doesn’t prove God exists any more than it has for the last several hundred years.

Ironically, contrary to the Wall Street Journal’s opinion, with more and more data coming in from various NASA experiments (including the historic comet landing in 2014), scientists are now growing increasingly convinced that life – or at least the ingredients to make it – are incredibly abundant throughout the Universe. If we haven’t heard from any little green men yet, it may be as simple as this: the Universe is a very, very large place and we’ve only just started looking.

Jameson Parker covers US politics, social justice issues, and other current events which aren’t getting the attention they deserve. Feel free to follow or drop him a line on twitter.