This post by Peter Diamandis originally appeared on diamandis.com.

A few weeks ago, I wrote about Ray Kurzweil’s wild prediction that in the 2030s, nanobots will connect our brains to the cloud, merging biology with the digital world.

Over the past few decades, billions of dollars have been poured into three areas of research: neuroprosthetics, brain-computer interfaces and optogenetics.

All three areas of research are already transforming humanity and solving many of the problems that seem to have stumped our natural evolutionary processes.

Your brain is composed of 100 billion cells called neurons.

These cells make you who you are and control everything you do, think and feel.

In combination with your sensory organs (i.e. eyes, ears), these systems shape how you perceive the world.

And sometimes, they can fail.

That’s where neuroprosthetics come into the picture.

The term “neuroprosthetics” describes the use of electronic devices to replace the function of impaired nervous systems or sensory organs.

They’ve been around for a while — the first cochlear implant was implanted in 1957 to help deaf individuals hear — and since then, over 350,000 have been implanted around the world, restoring hearing and dramatically improving quality of life for those individuals.

But such a cochlear implant only hints at a very exciting field that researchers call the brain-computer interface, or BCI: the direct communication pathway between the brain (central nervous system, or CNS) and an external computing device.

The vision for BCI involves interfacing the digital world with the CNS for the purpose of augmenting or repairing human cognition.

And how we interface with the CNS is where it becomes interesting.

There are two approaches. The first is physically connecting wires and neurons with microscopic arrays of metallic pins that stick into the brain and electrically stimulate neurons and/or measure the neuron’s electric potential when they fire.

The second, and far more interesting, approach is the arena of “optogenetics” – controlling neurons with light. Using this mechanism, a light-sensitive molecule is inserted into the cell surface of a neuron (usually through a virus vector). The light-sensitive molecule can then allow an outside user to trigger or inhibit the neuron’s firing by pulsing a specific frequency of light.

The entire BCI and neuroprosthetics field is just at its infancy today.

.@bryan_johnson wants “to expand the bounds of human intelligence”. He is planning to do this with #neuroprosthetics; brain augmentations that can improve mental function and treat disorders https://t.co/tbD4XKB2gc #synbiobeta2018 @KernelCo

To get you thinking about the possibilities, here are a few of my favorite applications illustrating what we can do today.

Where we go in the future is really just mind-blowing.

The Future — Where Brain Research Is Going

As neuroscientist David Eagleman recently pointed out at TED, our experience of reality is constrained by our biology.

This doesn’t have to be the case anymore as we develop new ways to send novel inputs or computational capabilities into the brain.

We could add new senses. (Imagine being able to “plug in” to the stock market, to sense how the market was doing.) We could develop wireless, brain-to-brain communication, something called synthetic telepathy, and send messages to each other by thinking them.

Our brains are a platform and the opportunities for new applications are almost endless.

These applications will challenge what it means to be human. And once we, as Ray Kurzweil predicts, connect our neocortices to the cloud, perhaps we’ll become something far more than “human” all together.

This is the sort of conversation we explore at my 250-person executive mastermind group called Abundance 360.

The program is highly selective. If you’d like to be considered, apply here.

Share this with your friends, especially if they are interested in any of the areas outlined above.

P.S. Every week I send out a “Tech Blog” like this one. If you want to sign up, go to Diamandis.com and sign up for this and Abundance Insider.

In 2014 Fortune Magazine named Peter Diamandis as one of the “World’s 50 Greatest Leaders”. Diamandis is the Founder & Executive Chairman of the XPRIZE Foundation, which leads the world in designing and operating large-scale incentive competitions. He is also the Executive Founder of Singularity University, a graduate-level Silicon Valley institution that counsels the world’s leaders on exponentially growing technologies. As an entrepreneur, Diamandis has started over 20 companies in the areas of longevity, space, venture capital and education. He is also co-Founder BOLD Capital Partners, a venture fund with $250M investing in exponential technologies. Diamandis is a New York Times Bestselling author of two books: Abundance – The Future Is Better Than You Think and BOLD – How to go Big, Create Wealth & Impact the World. He earned degrees in Molecular Genetics and Aerospace Engineering from the MIT and holds an M.D. from Harvard Medical School. You can follow his work at diamandis.com, on Facebook, and on Twitter.

Imagining the Future: The Transformation of Humanity | Peter Diamandis | TEDxLA 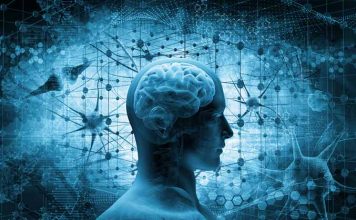