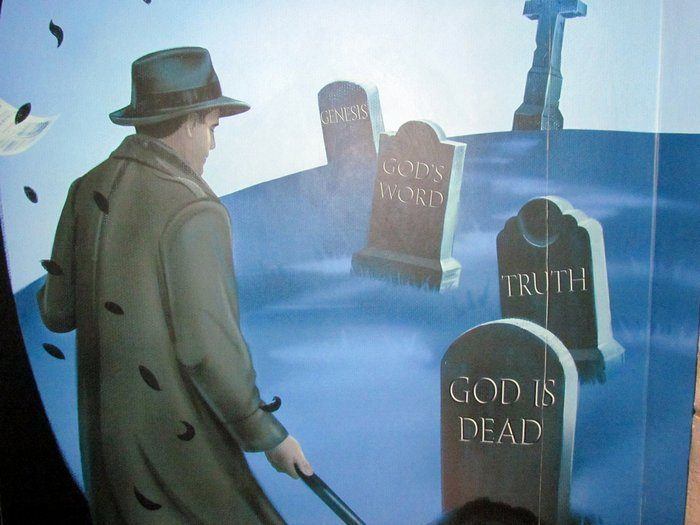 There is no real evidence of God. Religions were founded by ignorant, superstitious, unscientific, primitive people.

The Bible abounds with contradictions from beginning to end.

The Christian religion is not based on reason.

Religion has not been a progressive influence, but has led to centuries of bloodshed, warfare, disease, persecution, ignorance, poverty.

The priests and preachers and religious leaders profit by advertising their religions.

There must be something wrong with religion when its supporters try to suppress all investigation and inquiry into it.

If the God of the Christians or of any other religion had the power claimed for him, he would have made no unbelievers.

If the God of the Christians or of any other religion really existed, he would favor his followers instead of exterminating them, the innocent with the guilty, by destructive natural phenomena and by man-made wars.

Good men are caused to suffer, while many evil men prosper.

People accept their religion as true on the word of their parents, rulers, or religious leaders.

The religious leaders promise things after death, because they can’t deliver them now.

The Bible is full of immorality, inaccuracies, mistakes, conflicts, war, murder, bloodshed, unhappiness, distortion, and cannot be a divine revelation.

Many of the so-called elect of God were murderers, adulterers, deceivers, liars, and sensualists. A good god would have exterminated them instead of innocent children to the third and fourth generations

The Christian religion has not been able to prevent war, crime, poverty.

The churches have done all they could to prevent scientific progress.

Most religions are intolerant.

If there were a God, he would not have made atheists and then threaten to punish them for being unbelievers.

The Bible itself is so conflicting that it denies the ideas it tries to propagate.

The great benefactors of mankind have not been religious believers and often had great opposition from the churches.

The Christian religion is a morbid religion of unhappiness.

Reason is unable to find evidence of any God, spirits, ghosts, angels, devils or other fancied beings imagined by the feeble minded or ignorant forefathers of the race.

A good god would not allow unhappiness on earth.

Human progress does not require the superstition and ritual which encumber religion.

The leaders of religious movements are not unusually intelligent men, but often dishonest, insane, or fanatical.

Science and religion are in direct conflict.

The churches are money making and money grabbing institutions.

Church members are not renowned for their fairness, tolerance, justice, and intelligence.

Believers of the Christian religion are sick, suffer, are poor, die just like all other men, and in fact, the most religious countries are the most ignorant and poorest.

Religious believers furnish a much higher percentage of criminals than do atheists.

There are thousands of creeds and cults; each claims the other wrong; if there were one true God, he would let the people know how to worship.

It is unreasonable to believe that God would make people sinful, then punish them for doing what he had put in their minds to do.

The God of the Bible is cruel, vindictive, vengeful, petty, jealous, and a lover of blood and burnt sacrifices.

All the evidence from the Bible, and outside of it, is that it is the accumulation of the writings of primitive, ignorant people, especially by a priest-clan which used the threats of God to exact tribute from its followers

The growth of freedom of and from religion always increases the prosperity, happiness, and well-being of any country.

Religious institutions attempt to interfere with the personal liberties of the people.

They get exemption from taxes and freedom from military service for their priests and preachers.

Religions have persecuted, and still do, those who do not believe as they do. They have helped exterminate the best minds for thousands of years.

Religion is based on faith – not fact or reason. Intelligent men will rely only on facts, reason, and science.

Most of the propagators and followers of religions are not students of all religions and of atheism. They have no right to say theirs is the only true religion until they have studied all others and also the arguments of atheism.

No man has ever returned from heaven to tell about it.

Many teachings in the Bible have been proved false by modern science.

The Bible and the Christian religion did not eliminate slavery and the churches supported this terrible system for centuries.

Millions of people have been killed because of the Christian religion.

Cruel, selfish rulers have used it to suppress their people.

Religion does not have a sensible ethical code.

Religions are a garbled mass of conflicting and ridiculous doctrines and commandments.

Religions have kept the people’s minds off their main purpose in life, which is to provide happiness on this earth.

Religion, more than any other factor, is the cause of ignorance, poverty, crime, insanity, unhappiness, war.

It serves no benefit to humanity here or hereafter.

It is a cause of hypocrisy and dishonesty.

Religion is impractical, and its purported followers do not try to follow its silly doctrines.

Religion takes thousands of people out of useful productive life and permits them to remain parasites to be supported by the rest of the nation.

If the Christian religion, backed by Jesus Christ and an omnipotent God, cannot make a better world in the thousands of years they have been in power, it is time the whole mess was eliminated and a new start made.

Most of the followers of religions are unintelligent and ignorant, or hypocrites.

Most people do not believe most of the things the Bible says. They attempt to explain them by mumbling about poetry, allegory, mystical explanations.

The followers of religions are, for the most part, the evolved believing type of people left after the most intelligent men were killed for expressing doubt as to the truth of the absurd doctrines they were ordered to believe.

If men were not forced to go to church or Sunday school when they were young and were allowed to await the reasoning powers of maturity, they would not believe the doctrines.

Many nations were forced by the sword to accept their religion. The people were not spontaneously religious.

Religions have had to have the backing of the national government here and abroad in the way of subsidies and tax exemptions in order to survive.

They have developed because it is to the profit of their leaders to have them grow and turn in more revenue – into many billions of dollars a year at present.

If all the energy and money spent on churches and religions was put to productive use the world would be better off.

If men’s reason were developed instead of suppressed there would be more happiness.

The churches oppose the development of reason. They oppose the principles of democracy, for their God is a tyrant and a dictator who threatens, and his representatives threaten, all unbelievers with eternal damnation.

Religion keeps the people from understanding and demanding their full rights to live and enjoy life.

The Christian religion is a morbid religion, preaching no thought for this world, no thrift, depravity of the human race, and guilt of all people, even babies just born.

The Christian religion tries to get control of public money to force its ideas on children, the Catholic church tries to keep the Church and State from being separated, and they force unbelievers and atheists to contribute to their support in public funds and by receiving tax exemption which makes taxes higher on those who do pay.

The Doctrine of the Trinity is impossible to understand.

The churches seek wealth and power more than they try to improve the condition of the people.

They fill men’s minds with fear, intolerance, greed and hypocrisy, and set bad examples in their quest for more power and influence.

If there were no profit in religion it would not long survive.

James Hervey Johnson was an atheist and outspoken critic of organized religion. For nearly a quarter of a century he was owner/publisher and editor of The Truth Seeker from 1964 until his death in 1988. Through his efforts as an activist and benefactor, Johnson contributed significantly to freethought in the mid to late twentieth century.