One of the findings of the Worldwatch Institute’s Family Planning and Environmental Sustainability Assessment (FPESA) suggests it’s not accurate to claim that climate change is at the root of growing water scarcity around the world. Based on the best recent scientific evidence we could find, another major global trend – the ongoing growth of human population – has a greater impact on water availability than climate change does.

Among our core conclusions is that the use of family planning clearly helps women and couples prevent unwanted pregnancy. This reduces fertility, raises the average age of childbearing, and slows population growth. Slower population growth translates into a slower accumulation of environmental pressures stemming from human activity. Even apart from its demographic influence on the environment, the use of family planning appears to contribute to the empowerment of women. This, in turn, helps women take more active civic and economic roles, which contributes to environmental sustainability.

Put simply, not a single paper that we could identify found climate change to have a greater impact than population growth on water availability. Most found population growth the stronger force, though a few simply treated both forces as major threats to water availability without concluding which was more important. A few papers found growth in human demand – related to population but certainly not limited to it – to matter more than decreases in water supply due to climate change.

These finding are logically unsurprising, despite being missed by many commentators. Though often renewable, freshwater is a finite natural resource essential to life. As former Vice President Al Gore used to note, there’s no more of it today than when Moses was in the bulrushes. And human beings cannot survive without minimal amounts of water.

In the 1990s, Swedish hydrologist Malin Falkenmark developed categories of water stress and scarcity based on annual per capita needs at various stages of economic development. These could be calculated easily by comparing available renewable freshwater with watershed populations. Applying these benchmarks of water stress and scarcity, it’s easy to see how powerful a force population growth can be. Twice as many people in a watershed means half as much of the water available to each person. (Problems of access then complicate matters more, but they must contend with the basic equation of availability.)

Climate change, by contrast, may increase or decrease the supply of water, depending on a complex mix of precipitation trends and the greater evaporation caused by warmer temperatures. The actual impact on available water is hard to predict, and projections of impacts on the hydrologic cycle are often diverse for a single watershed or region.

In the last few decades, meanwhile, population growth in many or even most water basins has been more dramatic than any changes in climate. Demographers project future population growth, based on the population momentum propelled by young people already born and the slowness of changes in fertility, with more confidence than climate change experts project how precipitation will change with rising temperatures.

The peer-reviewed papers the FPESA project surveyed bore this logic out.

Robert I. McDonald and colleagues concluded that by 2050 population growth in cities in the developing world will multiply the number of people perennially short of water seven-fold, from 150 million to 1 billion. Projected climate change, they found, will add 100 million people to this number – no trivial growth increment, but still a much smaller one.

Another study we annotated and assessed, by Richard C. Carter and Alison Parker, projected that the combined force of population growth and urbanization in Africa will “dwarf the likely impacts of climate change on groundwater resources, at least in the first half of the 21st century.”

Yongbo Liu and Yaning Chen performed a calculation that we felt could probably be performed in many watersheds to compare the relative impacts of climate change and, if not population growth per se, at least changing human demand for water. They compared changes in stream flow of the headwaters of the Tarim River in Western China with changes in downstream flow where human populations were withdrawing this water. While water was less available to people downstream, there was actually more of it upstream over the last three decades – a clear indication that, at least in this case, it was demand for water rather than overall supply decreases that caused scarcity.

Not Every Problem Is a Climate Problem 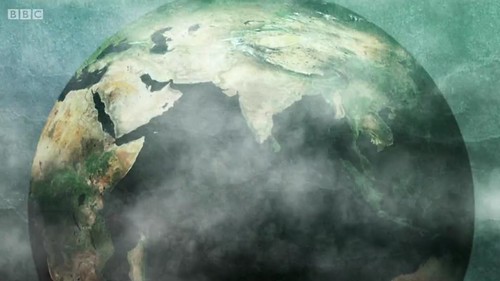 Do these papers – and more we identified drawing this conclusion – prove beyond a doubt that population growth matters more to water scarcity or other environmental problems than climate change? Not hardly. Science is, after all, an iterative process, advancing over time toward what is real and true but never actually reaching the finish line.

But the absence of papers calculating greater effects from climate change on water supply is at least telling, especially when combined with the logic of how rising human demand interacts with changing supplies of a resource.

Of course, we can’t say for sure we caught every single paper related to the linkage we were studying (though we believe we found most in the time period examined). What we can say is that the FPESA project identified a tendency among researchers in recent peer-reviewed literature to conclude that current or projected population growth is a stronger or more certain driver of some specific environmental problems, especially water scarcity, than current or projected climate change.

There are communications and policy implications in this finding. Scientists, experts, and journalists should more often explore the power of population growth in placing demands on finite supplies of freshwater rather than reflexively pointing the finger at climate change. An example of a commentary acknowledging the combined impacts of both population growth and climate change on water, but then focusing solely on climate change, can be seen in this Washington Post editorial from last May.

While neither population growth nor climate change are amenable to easy solutions or swift turnarounds, there are logical ways to address each, compatible with the values of human rights and reducing inequality. Since the widespread use of contraception yields slower population growth, among its many other benefits, and since continued population growth today is very likely a factor in environmental decline, encouraging access to and the use of voluntary family planning is likely to have environmental benefits – not the least of which is more freshwater availability.