I spend years helping with all all the ceremonies, and watching people who were attending them. I could not speak against the religion as this would have been unacceptable, but what I could do was simply observe and learn how mass manipulation works.

Once a week we also had a 45-minute lesson about a god and all aspects of the religion, but answers to our questions were never given. To be honest, there was no time for questions as part of the “learning” was to prepare us for yet another initiation into the religious hierarchy. Bad examination results would prevent one from moving up to the next step of the religion ladder, a failure that would have proved unacceptable both to my parents and whole community.

The process was like being on a train speeding towards a bizarre destination you really don’t want to reach. But all the other passengers on the train would try to stop you from jumping from it. The message was clear: you will die if you do so.

Many years ago when I was just a few years old, my parents made me believe in many unreal things and stories. My favourite one, as probably for any other kid at that age, was the story of Santa Claus. There was no reason not to tell a child this beautiful story about the old man from the North Pole who once a year visits all kids to leave presents for them.

I still believe that the concept behind it is pretty good. There is surely no harm in the magical tales we tell our children because all fantasies will soon be recognised for what they are when adults stop pretending and kids happily accept the truth. This moment changes not only the way kids perceive reality but it shows them too that the communities in which they live in can accept reality mixed with fiction without any problems.

Except when it comes to fantasies based on religion.

As a kid who knew that Santa was not real it came a big surprise to me that adults could still believe in all those magical stories offered by religion without asking any questions. On the one hand my teachers were encouraging me to look for the answers every day, but on the other I was told by priests and family that I should not look for answers when it came to religion.

Please understand how difficult it is for a teenager to deal with this confusion of reality and fiction. What struck me most was that people were totally blind to the things they were doing. Ceremonies and the glorification of religious relics, pictures and sculptures were so immature that I began to wonder whether the people whom I once thought were the ones I should learn from were the ones I wanted to learn from.

No one wished to speak with me about the doubts I had, and there are millions of children today who face the same predicament. Adults still believe that it is their duty to instil religion in their children, thinking that once they grow up they can choose to accept or reject their early indoctrination. This is a mistake. Most children will not reject religion in later life. Only a small percent of a whole new generation will be strong enough to look for the answers themselves. The rest will choose simply to go with the religious flow, if only to avoid being targeted by their peers.

The reality of being forced to believe in fiction has many dire consequences. Here are just a few:

Fiction stories are good in order to expand a child’s imagination – but only as long as we keep those stories within the realm of fantasy. Religion restricts kids’ freedom of thinking and makes them vulnerable to psychological and physical abuse by religious fanatics. 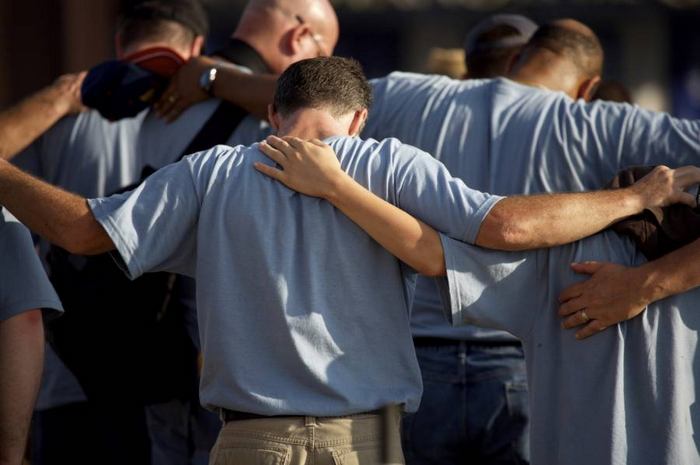 Why do we do this to our children? If we want our kids to be free we should give them free minds to cope with life’s pressures.

In my life a four-generation pattern occurred:

Some people would ask how my kids are doing without religion. They are really bright – doing well at school and are full of questions. When they ask questions about God, I tell them:

It is up to you if you want to believe in god, I do not as it does not make sense to me.

The next questions always follows:

So how did people get here? How did the Big Bang happen?

There are many theories; you can also come up with your own if you want.

There is no question I would not have a conversation about with my kids, and if I do not know the answer I simply encourage them to look for one. Maybe one day they may decide to join a religious group and I will be happy for them because they would approach religion with inquiring minds. Right now I teach them that every question can be answered and that life is too precious to waste on fictions parroted and followed blindly by others.

What are the main benefits for me living without religion?

This is where religion really scares me. I was told that this life is not important because another infinite life would be given to me. Why should I then care for the life I have right now when true happiness can be only found in a life after my death. Even now, as I write this, it scares me how stupid this sounds. Why would I believe in such nonsense? I love my life and I enjoy every day of it. I schedule things I like to do and learn about happiness and psychological aspects of it. It is amazing how some of the techniques can make you feel happy pretty much every day.

We are constantly changing our point of view in physics and I’m a glad about that. Even Einstein said that his theory could be true for a thousand years, but one day someone might come up with a new one. This tells me something unique about our way to see ourselves. When I was a child everything I knew was true for me. When I grew up everything that I knew as a kid became a lie.

How can I be sure that what I believe right now is true? I cannot. I should be looking for better answers and explanations. Reality is really fascinating and there are thousands of unexplained questions. Quantum physics is more bizarre than any reality we know. Our reality is more magical than any story you ever heard. Why then limit one’s life to the controlling forces of religion when we should be exploring and enjoying the real world?

For my parents or my grandparents seeking for the answers outside of religion was almost impossible. Luckily, today we have almost instant access to information beyond that which religion chooses to dish out, and it is our duty to explore the real world, and encourage our children to do the same.

Bart Stanek was born in Poland and moved to the UK in 2006. His interests include photography, travel, science and psychology.