This post by Valerie Tarico originally appeared at ValerieTarico.com. 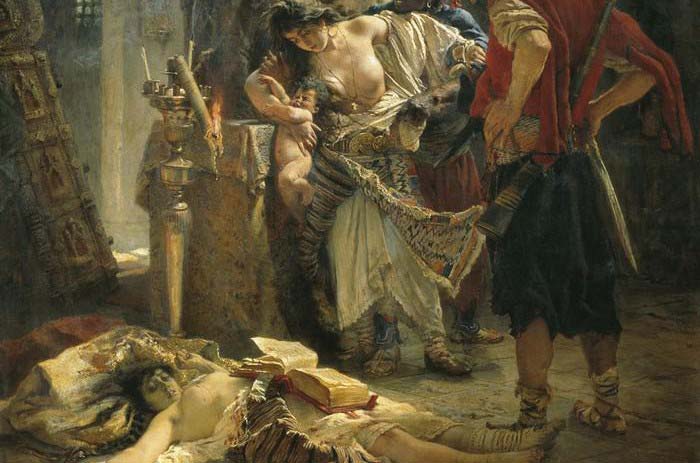 The so-called ‘war on women’ is not a war; it’s a one-sided assault. It is conservative men, drunk on power, calling women sluts and then rolling up their sleeves and knocking us back into place. It is conservative men letting us know that they own our bodies and reproductive capacity, which according to the Bible have been theirs since the Iron Age. It is conservative men making damned sure that women get punished for failing to keep our legs together—for daring to pursue intimacy and sexual pleasure on our own terms and without their permission. It is conservative men ignoring our pleas that we don’t want to be pregnant and denying us the ability to resist impregnation as deliberately and aggressively as if they had our arms pinned. If that’s not an assault, I don’t know what is.

We need to get our language straight because words we use carry associations and implications that change the way we think. Cognitive linguist George Lakoff (Moral Politics, Don’t Think of an Elephant) popularized the term “framing” among progressive activists. He explained why the metaphors we use can be more powerful than any amount of rational argumentation or evidence—undermining or supporting our position by activating a whole neural network of ideas and images that may operate below the level of consciousness. Consider the implications of calling the Right wing assault on reproductive rights a “war”:

Men, at least many men, aspire to be warriors. They play with toy guns as children and get addicted to fast-twitch war games as adolescents. They drive Humvees and pose in high fashion camouflage as adults. They watch movies about the wars of the past—Troy—and the future—Iron Man—and fantasy worlds—Lord of the Rings—putting themselves in the hero role. They liken the winner-takes-all competition of capitalism or elections or football to combat. They go out for drinks and tell “war stories”.

In wars, both sides are armed. Soldiers are comrades whose loyalty to each other trumps all else. They are taught to dehumanize their enemies. They come home heroes. They get medals.

Politicians use war to arouse nationalistic pride. Philosophy teaches us that war can be just or noble or an art form. Religion teaches that it can be righteous or even commanded by God. Onward Christian soldiers.  In the quest to win a war, lives and families destroyed are mere collateral damage. Economic devastation is a means to a higher end. Any man fighting in a war thinks he is one of the good guys. To paraphrase author Chris Hedges, war is a force that gives men meaning.

Assault, by contrast, is unequal and often unprovoked. One side is the clear aggressor. There’s nothing glorious about assault.  In fact, perpetrators are widely reviled. Nobody organizes a victory or veterans’ parade to celebrate assailants. A man who forces his will on a child or who forces pregnancy on a woman is a repulsive villain, a perpetrator, not a hero.

Republican lawmakers and candidates who spend their days toying with women in front of the C-SPAN cameras in order to excite men who get off on female disempowerment may think of themselves as “culture warriors.” But let’s call them what they are.