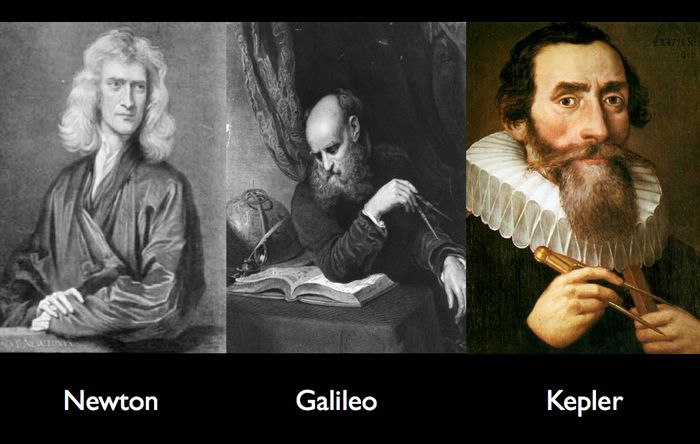 This is an excerpt from The God Problem: How a Godless Cosmos Creates by Howard Bloom (Prometheus Books, 2012). Reprinted by permission from the author.

The God Problem—the problem of how the cosmos creates—is not as old as you might imagine. Why? Because most of the fathers of modern science felt the answer was obvious. Kepler, Galileo, and Newton believed in God. They believed in an intelligent designer. In fact, the greats of early science were creationists. They believed in the biblical account of the creation of the world. With a few minor modifications.

Early in the 1600s, Johannes Kepler, an intense-looking mathematics teacher at a religious seminary in Graz, Austria, got the chance of a lifetime. He was offered a job as mathematician to the Holy Roman emperor in Prague. He took it. Then he squeezed out extra time to pursue an obsession. He worked as assistant to one of the most phenomenal astronomers and compilers of data on stars and planets of all time. That phenom was a Dane acting as the imperial astronomer in Prague,[62] an astronomer who had replaced a nose he’d lost in a duel with a bionic nose made of silver and gold[63]: Tycho Brahe. Meanwhile, Kepler invented a new kind of refracting telescope, watched the stars and the planets at night, wrote down his observations, puzzled over their mysteries, scraped away at Brahe’s ever-growing mass of data on the pinpricks of light in the nighttime sky, and wrote letters to another man obsessed with the same puzzles in the distant Italian city of Pisa: Galileo Galilei.

Kepler kept this up for decades. What did he get for his years and years of pattern seeking? He discovered that the orbits of the planets were elliptical. And he stripped bare the three laws of planetary motion.[64] Kepler pulled off this glimpse of nature’s inner workings by using one of the most intriguing tools of science, a tool that would still be crucial to Albert Einstein three hundred years later—geometry. To be specific, Kepler worked out the infernally tricky patterns of the five known planets of the day—the loops and wiggles traced in the sky by Jupiter, Mars, Saturn, and Venus, plus the movements of Earth around the sun—by squeezing geometrically shaped boxes into what he thought might be the planets’ orbits. By squeezing geometric shapes into the planets’ “spheres.” Why did Kepler try to solve what he called “the mystery of the cosmos”[65] with geometric shapes? Because, said Kepler, “Geometry…is God himself.”[66]

Did Kepler puzzle over the God Problem? Did he ask how the cosmos creates without a hulking, bearded king of heaven in a bathrobe? No, Kepler was a creationist and a believer in an intelligent designer.

In the beginning, said Kepler, there was nothing but God. And God had geometry at his heart. God had curves, straight lines, triangles, squares, and circles in every inch of his immeasurable consciousness. “Why waste words,” wrote Kepler in his 1619 Harmonices Mundi, his Harmony of the World, “Geometry, which was before the origin of things was coeternal with the divine mind and is God himself.”[67]

So Kepler’s God mapped out the heavens using guess what? Geometry. With geometry, God created. But Kepler missed out on the heart of the God Problem—how does the cosmos create itself? Kepler calculated with absolute precision that in 3993 BCE, during the summer solstice, God had created.[68] Created what? The universe, presumably cranking out the entire thing in seven days, just like the Bible said.[69] And how, in Kepler’s view, did the creator God pull this off? He used the same geometry that the Greek mathematician Euclid had perfected in Alexandria, Egypt, over two thousand years ago in 300 BCE. Geometry, said Kepler, “supplied God with the patterns for the creation of the world.”[70] Presumably God made light, the sun, the stars, the plants, the animals, and the Garden of Eden pretty much as the Bible claimed. But he did it with a compass and a straightedge. He did it with geometry.

Then, says Kepler, God made man in his own image. He made Adam. Needless to say, Adam, in Kepler’s view, was shaped, seized, and shaken by geometry. So geometry, said Kepler, “passed over to Man along with the image of God.”[71]

The result? Said Kepler, the ability to grasp mathematics and geometry was built into the very foundation of the human mind. Or, to put it in Kepler’s words, man’s math skill, “the recognition of quantities…is innate in the mind.”[72] Math is riveted from birth into your thinking machinery and mine. If you struggled in agony to grasp math in high school and college, you might disagree. But Kepler believed that geometry is central to the way that you see the book in front of your eyes, the ceiling above your head, the walls on either side of you, and everything else from the curls in the tails of chipmunks to the curves of girls in tight skirts and to the hip-shoulder ratio of men who work out more than you and I do. Says Kepler, “the recognition of quantities…dictates what the nature of the eye must be.”[73] Yes, even your eyeball was built by math, built by geometry.

In studying the newest data coming in from the astronomy of Tycho Brahe and from his own observations, then puzzling out their patterns with geometry and writing up his results in sixteen books, what did Kepler feel he was accomplishing? He was presenting his reports, his dispatches, his bulletins, what he called his “envoi on the work of God the Creator.”[74] He was reading God’s mind. And he was peeping through the cracks of the material world to see something Kepler felt that God himself wanted man to discover. Kepler was scoping out what he called the “patterns for the creation of the world,”[75] the deep structures that God had used to create sticks and stones, bones and beasts, dust, dirt, dramas, and dreams. But most important, Kepler was groping for the patterns and deep structures that the creator had used to craft the heavens and their mirror,[76] the thoughts of human beings.

Every scientist who makes breakthroughs does it with the use of a tool, a central metaphor. What was Kepler’s central metaphor? Circles, triangles, and the five Platonic solids. Geometry. And why does metaphor work? How do things you can draw with pen and paper, things you can sketch with the fluorescent pixels of a computer screen, or things you can imagine with the three pounds of meat we call a brain, how do these things manage to crack the codes of slowly moving dots of light in the heavens and of jittering particles on the earth? The mystery of metaphor will prove vital to the secret heart of the God Problem. So will deep structures. But we’ll save the role of metaphor for later.

What was Kepler’s contribution to solving the God Problem? He passed down the concept that the cosmos is based on very simple patterns, Kepler’s “patterns for the creation of the world.” Repeated patterns. Patterns that can be grasped by drawing pictures. Patterns you can get a grip on by making wooden models of things with four sides, six sides, twelve sides, and even twenty sides: the tetrahedron, the cube, the dodecahedron, and the icosahedron.

Would Kepler prove to be right? 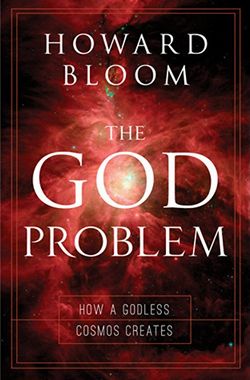 What’s Odd About a Creator God–Why Creationism is Wrong