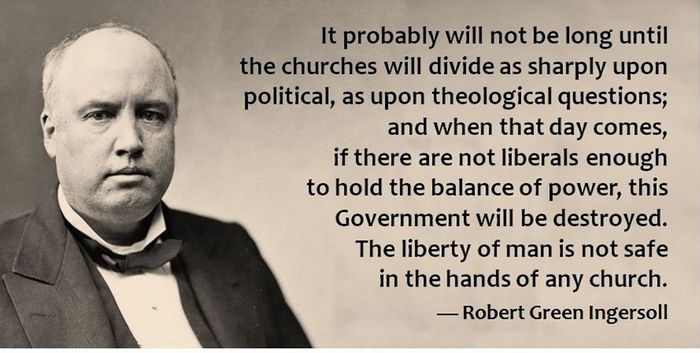 Most secular wellness promoters are indifferent to Christian and other faith beliefs. Most of us would be only too happy to take a “live and let live” approach, minding our own business and beliefs, if only they, the believers, did the same. However, there is an inconvenient fact that should be recognized – many Christians, especially clerical and faith-based leaders, seem hell-bent on imposing religious symbols, rituals and their sense of Christian privilege upon everyone else. The president, members of Congress, the majority on the Supreme Court and local politicians are only too happy to help them along – it plays to their largely rural Republican base, if not the Constitution, and to the prejudices of the majority, not the freedom of and from religion values that have so long preserved our democratic, non-theocratic society.

This makes the impositional agenda of the Religious Right hard, as well as hazardous, to ignore.

It’s not a good idea to remain silent or to allow ourselves to be intimidated by aggressive Christian infringements on the public sector. We have to rely on Constitutional safeguards (and even expensive, divisive lawsuits) to discourage practices that compel and often subsidize unwanted religiosity that inhibits our secular choices. Non-religionists are nearly 30 percent of the population. However, even if there were far fewer of us, our Constitution would protect us from having to endure Christian overreach. Battered and damaged though it is, we still have a wall of separation that offers freedom from religion, if that’s what we prefer.

Need a few examples of religious infringements? How about prayers, crosses and commandment monuments on public property (e.g., schools, courthouses and so on) and relentless babble about miracles, intercessions, revelations, heaven and hell and other evangelistic aggression in public squares? What about teaching creationism in place of evolution in science classes, removing what Christians consider “controversial” books from literature courses, banning fact-based sex education and adding “Christian nation” propaganda into history courses? It’s unlikely Christians would welcome similar encroachments if a future majority Muslim citizenry behaves as evangelists do today. Surely Christians (and secularists) would protest Muslim loudspeaker calls to prayer throughout the day or any other other religious disturbance of the peace and serenity, such as excerpts of the Koran on stone tablets on state capitol grounds. Yet, these kinds of initiatives are all too common by Christian leaders today.

Religious practices and everything about religions belong in religious institutions – for those who choose to be a part of such doings. The rest of us would rather not to be annoyed by it all – and have rights not to be.

The phrase “religious freedom” is increasingly employed to mean “religious privilege.” This phrase is a coded way religious zealots, among other ploys, seek exemption from the laws of the land. The US Conference of Catholic Bishops, for instance, has a campaign (“Fortnight for Freedom”) alleging that this politically influential denomination’s freedoms are “in jeopardy in America.”

Who knew? Well, consider the offenses against Catholic freedoms:

And so it goes. Pages of such instances could be citied – the bottom line is that religious freedom to the faith zealots means the power to cite religious liberty as a way to interpret or rewrite laws that constrain the powers of church leaders and religious institutions.

How Bad Is It? 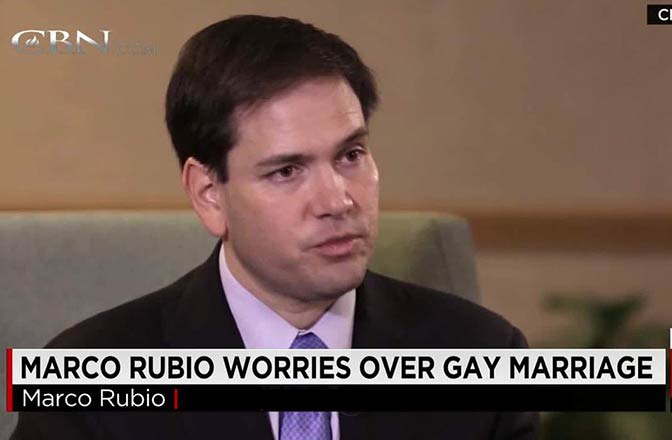 Let me offer a few examples from around the country reported in just the last few weeks by the Freedom From Religion Foundation (FFRF).

Perhaps you saw the full page Hobby Lobby ad that ran in newspapers around the country on Independence Day under a banner headline, “God Bless America.” If so, you might have noticed that it was rife with lies, distortions and bogus claims.

(The following summary of such deceptions are addressed in rich detail at the website of “Americans for Separation of Church and State,” from which these highlights are adapted. The first sentence of each of these examples was asserted in the Hobby Lobby ad.)

Americans United noted that the ad reflected the work of a Christian apologist who claims to be an historian but for which there is little evidence. In any event, AU’s Rob Boston said the ad, “is an insult to the intelligence of its readers” before adding this commentary:

“The ad ends with an invitation to ‘know Jesus as Lord and Savior’ and refers them to an evangelistic website. And that’s what this ad is really all about. It is designed to persuade people to become fundamentalist Christians, not to make a coherent argument about U.S. history.”

Schadenfreude Alert: Hobby Lobby is owned by David and Barbara Green, evangelical Christians who won a landmark Supreme Court case in 2014. Their contention in that case was that, as owners who embraced strict Christian moral principles, they should be exempt from having to comply with a health care law requiring female employees be given a choice to have health insurance coverage for contraception and abortion services. This would offend their Christian values. The Supreme Court narrowly granted this religious privilege. Too bad their deeply held faith-based morality does not proscribe criminal acts, such as smuggling, thievery of another nation’s cultural identity and heritage, putting money in the pockets of terrorist groups like Islamic State and engaging in black market transactions.

For covertly purchasing thousands of plundered Mesopotamian artifacts, such as tablets inscribed with cuneiform in the script of ancient Assyria and Babylonia for its bible museum in Washington, D.C. and other institutions, Hobby Lobby was assessed $3 million in criminal fines and penalties and required to forfeit thousands of artifacts. The Greens, perhaps in part because of their strict Christian moral principles, were not put on trial, convicted or taken off in chains to federal prisons.

It’s not easy feeling sorry for the Hobby Lobby brand of Christian evangelists who want a theocracy around their religion. Christianity already enjoys all manner of advantage in a secular society, many of which should be reformed. A few examples suggest we’re already a semi-theocracy in all but name. (The following summary is adapted from a new Prometheus book by Rob Boston entitled, “Taking Liberties: Why Religious Freedom Doesn’t Give You the Right to Tell Other People What to Do,” from which these highlights are adapted.)

Special deference in cases of suspected law breaking. A quote from Boston’s “Taking Liberties” is instructive:

“Anyone who doubts this special preference need not look beyond the experience of the Roman Catholic Church during the pedophilia scandal. A secular corporation that engaged in such a massive cover-up and acts of deception would have found its top leaders behind bars. Yet in that scandal, only a handful of relatively low-level clergy were held accountable.”

A conservative estimate is that religion in America is subsidized to the tune of at least $82.5 billion annually. (See Dylan Matthews, “You Give Religions More Than $82.5 Billion A Year,” Washington Post, August 22, 2013.)

Christianity is swell for those who appreciate, enjoy and/or otherwise find its teachings and claims comforting, inspiring or otherwise beneficial. However, the impositional agenda of the Religious Right, the evangelistic zealots who seek to impose their religion on everyone else and the politicians who enable them to do so are a menace. They are a hazard to the well being of Americans who do not share their enthusiasm for religion and their determination to undermine the wall of separation of church and state.

Let’s not forget the words of America’s first Catholic president and do what little we can to support President Kennedy’s vision for an America we can all believe in.

“I believe in an America where the separation of church and state is absolute – where no Catholic prelate would tell the President (should he be Catholic) how to act, and no Protestant minister would tell his parishioners for whom to vote – where no church or church school is granted any public funds or political preference – and where no man is denied public office merely because his religion differs from the President who might appoint him or the people who might elect him.”

Be well and look on the bright, secular side of life.