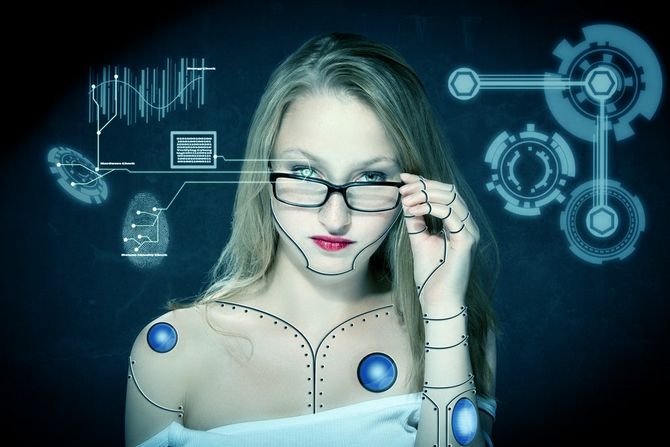 Sometime in the next decade, the number of worldwide godless people — atheists, agnostics, and those unaffiliated with religion — is likely to break through the billion-person mark. Many in this massive group already champion reason, defend science, welcome radical technologies, and implicitly trust and embrace modern medicine. They are, indeed, already transhumanists. Yet many of them don’t know it because they haven’t thought much about it. However, that is about to change. A transformative cultural storm comprised of radical life improving technologies is set to blow in soon.

The core of transhumanist thought is two-sided. It begins with discontent about the humdrum status quo of human life and our frail, terminal human bodies. It is followed by an awe-inspiring vision of what can be done to improve both — of how dramatically the world and our species can be transformed via science and technology. Transhumanists want more guarantees than just death, consumerism, and offspring. Much more. They want to be better, smarter, stronger — perhaps even perfect and immortal if science can make them that way. Most transhumanists believe it can.

“Articles and mentions of transhumanism and life extension science have tripled in 2013 in major media,” says Kris Notaro, an agnostic transhumanist and the Managing Director of the Institute for Ethics and Emerging Technologies (IEET).

Additionally, Google just formed Calico, a company touted as an enterprise to help end human death. Singularity University is quickly becoming a household name. And Hollywood has some major transhumanist-themed films coming out next year.

Despite this, the number of transhumanists is still relatively small, comprised mostly of scientists, technologists, and futurists who seem fringe to many of their peers and to the public as a whole. That will likely change in the next few years as a nearly billion-person godless population wakes up primed to accept transhumanism as a natural extension of the irreligious lifestyle. Enter the atheists, agnostics, and nonreligious. Many of these people — about a third who are under the age of 30 — are already discovering their inner borg. And they like it.

A Transhumanist Wager — the challenging idea that everyone in the 21st Century must decide how far they are willing to go to use technology and science to improve their lives — is loudly calling. And the faithless will answer it. It’s inevitable that hundreds of millions will soon come to call themselves transhumanists, if not in name, then in spirit. Many will end up supporting indefinite life extension and technologies that strip away our humanness and promote our transhumanness. Further into the future, many more will begin to discard the human body in favor of embracing synthetic forms of being.

The roots of atheism, agnosticism, and the nonreligious go back many centuries. But its foothold became pronounced in the 20th Century when personalities like Russell, Freud, Nietzsche, Rand, Sartre, Sanger, Hitchens, and Dawkins helped make many people give up needing or believing in a God. These irreligious ideas centered on the fact that a successful civilization didn’t need to believe in flying pink elephants or other superstitions to thrive. Each of these famed atheists asked: Is there a good reason to believe in God or gods? They found none, and then convinced nearly a billion people of the same answer.

These atheist voices and their writings have paved the way for us, and now the 21st Century will bring the age of transhumanism to the forefront of society. The transhumanist hero is the person who constantly eyes improving their health, lifestyle, and longevity with science and technology. They are not okay with the past age of feeling guilty for aspiring to be different or better than they were born — or for wanting the power to become godlike themselves. They have no sin to erase; they have no reason to search for something outside of the material universe. Like atheists, agnostics, and the nonreligious, they are not in the business of criticizing religion, but rather of pursuing life and all that is available to improve upon it. They are not naysayers or outcasts of a dominantly religious world, but rather the pioneers that will determine where the human species is heading. They are the new guard that will carry the human race to all its coming brilliance.

If you don’t care about or believe in God, and you want the best of the human spirit to raise the world to new heights using science, technology, and reason, then you are a transhumanist.

Zoltan Istvan is a Libertarian candidate for California Governor 2018. Previously, he was a 2016 US Presidential candidate who aimed to put science, health, and technology at the forefront of American politics. At the age of 21, Zoltan began a solo, multi-year sailing journey around the world. He’s explored over 100 countries, many as a journalist for the National Geographic Channel. His work has also been featured in many major television channels, such as CNN, FOX News, and BBC. Zoltan writes futurist and transhumanist-themed blogs for The Huffington Post, Vice’s Motherboard (Transhumanist Future), and Psychology Today (The Transhumanist Philosopher). He has also written for Slate, Gizmodo, Daily Mail, Salon, Newsweek, Wired UK, Singularity Hub, The San Francisco Chronicle, and Outside. Zoltan has started various successful businesses, from real estate development to filmmaking to viticulture, joining them under ZI Ventures. He is a philosophy and religious studies graduate of Columbia University and resides in San Francisco with his two daughters and physician wife. Zoltan is the creator of the Immortality Bus, a 38-foot vehicle shaped like a coffin to spread the message that science can conquer death. He is the author of The Transhumanist Wager, an award-winning, #1 bestselling Philosophy book describing philosopher Jethro Knights and his unwavering quest for immortality via science and technology. You can follow his work at zoltanistvan.com, on Wakelet, Facebook and on Twitter.

Epic Debate between Christianity and Transhumanism

What If You Could Live for 10,000 years? Q&A with Transhumanist Zoltan Istvan

Transhumanism technology could double our lifetimes in 20-40 years through gene editing, bionic organs, and stem cell therapy.
WE CAN ALREADY OVERCOME MOST TYPES OF DEATHS FROM AGEING

Deniers and Critics of AI Will Only Be Left Behind

The Culture of Transhumanism Is About Self-Improvement