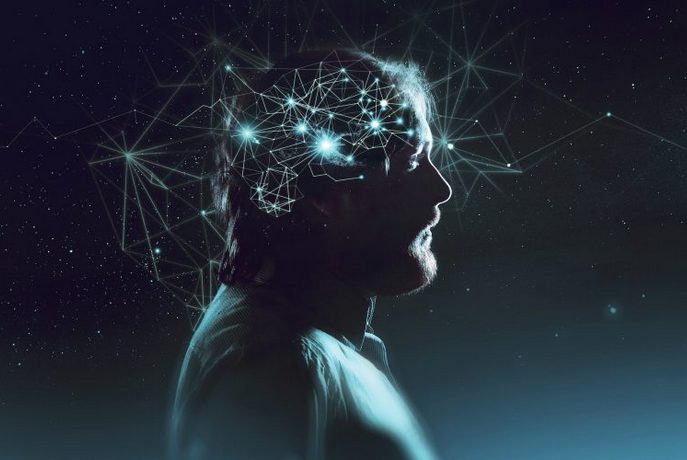 Hi Everybody. My name is Bryan Johnson and I would like to put a chip in your brain. Now I know that may sound a little sci fi, that’s probably what you’re thinking, but hopefully you’ll change your opinion in a few minutes.

I started a company called Kernel a year ago, and I invested 100 million dollars to create chips that will be implanted in the brain to help address disease and dysfunction. We’re leveraging this emerging technology to also explore how we might extend human potential. I made this hundred million dollars by selling my previous company to PayPal. Now in making this investment a lot of people made remarks that I seemed crazy for doing this, which is not unreasonable to say in doing this, because neurotech and neuroscience are incredibly hard. It’s capital intensive, we haven’t made critical breakthroughs of the scientific understanding, our toolset is not that great. In fact, the 90’s was called the decade of the brain, and arguably, not much came from that.

The Obama Initiative was a step in the right direction, but still it was funded at ⅓ of 1% of the total NIH budget. And so it’s understandable that people would look at this and say it doesn’t make any sense. Venture capitalists would say it’s too risky, government funding is insufficient; and to be honest, trying to crowdsource funding for this is just really hard.

So I’m doing this because I think that unlocking the brain and learning how to read and write our neural code is the single most consequential and exciting adventure in the history of the human race.

The good news is that we have a new era of neuroscience upon us. With advancements in microelectronics, machine learning, and material science, we now have the tools to make attempts at these breakthroughs. We’re also building on the shoulders of giants. The first cochlear implants was approved by the FDA 30 years ago. There’s now 300,000 of these implants.

A Deep Brain Stimulator was approved by the FDA in 1997, and 125,000 people now have this implanted.

Let’s take a look at how far this technology has come.

The electrical stimulation discontinues and he loses control of his motor movements. His speech begins to slur and, according to Parkinson’s patients, it’s not only hard to express thought, it’s hard to hold on to thought. Now let’s see what happens when he turns this back on; let’s roll the second clip.

That is unbelievable. What an accomplishment by visionary scientists and engineers to figure that out. Now the secret here is that if you ask neuroscientists how or why this works, they couldn’t tell you. We don’t know.

I find that actually very exciting, because if we can do this with a blunt instrument in an open loop fashion, what could we do with greater precision, better microelectronics, and actually be able to see what happens when you stimulate.

Why Do I Care?

So why do I care about all of this? And maybe a more relevant question is why should you care about this?

My stepfather was recently diagnosed with early symptoms of Alzheimer’s.

My father struggled with drug usage for the first 25 years of my life.

And I had chronic depression for a decade. Something I would never wish upon anybody.

I have three children, which kept me in the game, and I fortunately came out of that.

But I wonder, if we were able to read and write neural code, could we have eliminated these things?

The next great frontier: THE BRAIN

So now as we contemplate the next great frontier of human aspiration, if the 20th century was about learning how to read and write biology and going to the moon, what are the most ambitious things we could imagine as a species in the 21st century. I would argue it’s inside our brain. Yet it’s hard to imagine the things we can’t see, so in order to do this, let’s play a game of “What If?”

Let’s imagine that we have chips implanted in our brain, that we can read and write our neural code at a fashion that gives us the ability to do a bunch of things.

So what if we could walk a mile in someone else’s mind?

What if we could feel the ocean, the forest, and the honey bees?

What if we could live history instead of reading it?

What if we could we conceive of 4 and 20 dimensional shapes?

What if we could, instead of destroying our enemies, we destroy the concept of enemies?

What if we could be more kind, empathetic and compassionate?

What if we could we communicate telepathically with a new language that is 100 times richer in conveying thought, emotion and experience?

What if we could internally channel the genius of a writer, scientist or artist.

What if we could eliminate cognitive biases, compulsive behavior, and destructive tendencies?

What if Trump could tweet directly from his brain? Imagine the number of convfefe’s we would have on the interwebs.

I am consumed with the question of what may exist that I cannot taste, touch, feel, smell, imagine, experience, and become.

So, I’m just going to assume that we’re jamming here, and that you agree that the brain is important for some thing or another. But I would argue that as a society we don’t act like it’s important. For example, in the past several months I’ve hosted 12 intimate dinners with some of the smartest people I know. And I posed this question. The dinner’s about the future of human and artificial intelligence; HI plus AI. And the question is: we’re in 2050 and we’re pleasantly surprised with our life. We’ve built a pretty remarkable world. What did we focus on? And without fail, I got the same answers. “Well, climate science matters and education’s important. Healthcare is really something we should focus on. Security, governance.”

Not once did a single person identify the brain as something relevant to our future. I find that astonishing. How could we have such a blind spot as species.

Everything we are, everything we desire to become, every problem we pursue, every opportunity we have, our very humanity begins at the brain. So why do we not pursue the brain with equal vigor as we do any other problem, independent of how challenging it might be?

Well I have an idea: It’s difficult for humans to imagine the power of new emerging technology. If we were with Gutenberg in 1450 and we said, “Imagine the ideas that will be written about using this printing press.” Or when electricity was discovered, what things would it power? Or with the creation of the internet, what things would we connect? Our imagination ends at the beginning of the unknown.

I also think it’s true, as this quote says, that humans will not sit passively and wait for evolution to give us a better brain.

In building Kernel, I often times think about the movie “Arrival”, where Aliens show up to planet earth and they say, “Hey, guys, we need you to save us 3,000 years from now, and in order for you to not destroy yourselves and be able to save us, we need to upgrade your operating system, so here’s the code, get to work and we’ll see you in 3,000 years.”

That lands home with me because I grew up in a deeply religious family of Mormonism and community. And in that world I was told there was someone in charge. So if someone died, there was a personal set-back or a war, it was all going to be okay. Someone was in control.

When I left my religion in my adult life, and I concluded there was in fact no one in charge, that it was my fellow humans who were in charge. In fact 7 billion plus humans, and that any ambition I had in life, any pleasent future that I imagined, was contingent upon the successful cooperation of these humans. So I quickly scanned all the knowledge I had about every human interaction I’ve ever had, of history past and present, and I thought to myself,

When it comes to your ambitions, the big plans you have in life, the things you care about the most, we don’t have the luxury of time to contemplate our cognitive evolution. We don’t have the power to make n-groups 8 billion strong. Technology is progressing at an increasingly faster pace. AI and Automation are increasingly taking human jobs. We will need to retrain people and give them a new sense of purpose and meaning in society. We are in danger of being blind sided by risk, and we are living in a world that we increasingly cannot predict. We are simply overwhelmed. When I look at this problem set, I can’t conclude anything other than, “we must upgrade the human operating system”.

So when people say to me they think I’m crazy for what I’m trying to do, I would say I would be crazy not to.

I leave you with one thought today: with increasingly powerful tools to literally author any kind of world that we can imagine, what kind of story will we choose to write?

Bryan Johnson is founder of Kernel, OS Fund and Braintree. In 2016, he founded Kernel, investing $100M to build advanced neural interfaces to treat disease and dysfunction, illuminate the mechanisms of intelligence, and extend cognition. Kernel is on a mission to dramatically increase our quality of life as healthy lifespans extend. He believes that the future of humanity will be defined by the combination of human and artificial intelligence (HI+AI). In 2014, Johnson invested $100M to start OS Fund which invests in entrepreneurs commercializing breakthrough discoveries in genomics, synthetic biology, artificial intelligence, precision automation, and new materials development. In 2007, he founded Braintree (acquired Venmo) which he sold to PayPal in 2013 for $800M. He is an outdoor-adventure enthusiast, pilot, and author of a children’s book, Code 7. You can follow his work at bryanjohnson.co, on his Future Literacy publication on Medium, and on Twitter.