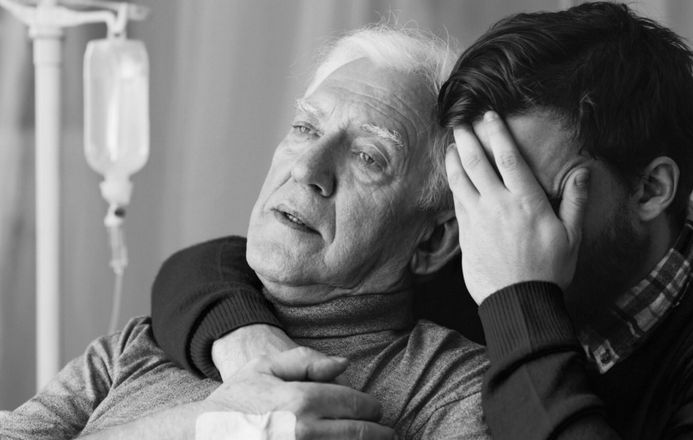 This article was presented to you by Immortality Foundation.

Aging is not an absolute, it’s a shapeable relative. A chemical process in our cells, a genetically codified principle. But with the recent rapid biotechnological development, for the first time in history, we have the capabilities and the resources to determine our own fate. Unlocking the ability to attain indefinite lifespans is within reach, it would be fatuous not to stretch out and take it.

Bright heads around the world are already working right now to defy Aging, but their number is small and there is so much more that can be done. Whether the defeat of Aging occurs in 20 years or 50 years is largely a question of funding. The best way to accelerate this process is by mobilizing those who desire the option of a longer and healthier life into a cohesive social force — crowdfunding relevant research and encouraging for its benefits to society.

Genetic modifications in other species have already achieved great lifespan extensions, as seen for Caenorhabditis elegans (roundword) — by 10 times, Drosophila melanogaster (fruit fly) lifespan has been doubled and genetic mutations in mice can increase maximum lifespan to 1.5 times normal. Biological immortality will not only save up to 100,000 lives per day, but also spare Millions of aging people years of suffering, as well as give society a never seen before economy-boost.

All funding will be used for three purposes, firstly, to set up the Human Immortality Foundation where research in areas mentioned in organisms and cellular Levels will go underway. Second, to create and strengthen international collaboration of scientific institutions working on longevity, and last to encourage and support more scientists to get active in the field. The amount and speed of the desired research that can and will be done is completely dependent on the amount of funding acquired

Right now our governments and public institutions are spending billions of dollars on research of ARD’s (age-related-diseases). This undertaking used to be very valuable, but as it is with science, when new discoveries are made and new knowledge comes to light, a shift of focus has to happen. In the recent past we just didn’t know better than to do research on Alzheimer’s, certain types of cancer, etc., but now we know that there is one root-cause to all of them: Aging. That means that there is a huge misdirected investment happening right now, which in the end will only be profitable for the big pharma companies (because they can continue selling you drugs for each condition). Since the major science community is only doing research on ARD’s, they are trying to fight the symptoms of ageing, its by-products. A fight against symptoms is always a losing battle in the long run, and anyway, what do you think is easier to tackle, 7 symptom problems or 1 core problem?

THE ISSUE OF AGING

Every day, 100,000 people are dying because of old age, most of them spend years suffering from age related conditions and the majority of healthcare goes to people over 60 years old. Aging is the single biggest risk factor of virtually every significant human disease. There is a reason why “diseases” of aging such as Cancer, Alzheimer’s, and Parkinson’s Disease are almost only showing up in older individuals. After living as a human for 50–60 years your risk of getting any of these are spiking dramatically. That’s because things are changing in your body.

The sale of putative anti-aging products such as nutrition, skin care, hormone replacements, vitamins, supplements and herbs are massive, with the US market alone generating about $50 billion of revenue each year. Most of these do not even extend human life significantly or at all. If these same people were to support the research in anti-aging/reverse-aging instead with similar numbers, we would have access to longevity technologies exceedingly fast.

The matter of rejuvenation is both interdisciplinary and multidisciplinary in nature, and we need the benefit of scale to be able to tackle many issues. The most important thing is to build a very good international infrastructure and create networks for the success to be flourishing. The field is enormously complex and this will be one of the first steps to achieve our goal and providing a network for scientists, labs and researchers around the world.

Governments are not yet willing to acknowledge the potential and importance of such new medicinal improvements. But the clock is ticking and there’s no time to wait and rely on them. It’s time to step up now and get going, eventually they will jump on board, once they understand the magnitude of this.

The problems of the world cannot possibly be solved by skeptics or cynics whose horizons are limited by the obvious realities. We need men who can dream of things that never were.
— John F. Kennedy

HOW CAN WE SOLVE THIS?

Medical research tends to tackle age related diseases (ARD’s) separately. After all, the illnesses are distinct: cancer arises from mutated DNA; heart disease from clogged up blood vessels and dementia from damaged brain cells. The biological processes that underpin the pathologies vary vastly and each needs specific treatment. In the past, it may have been a good idea trying to treat each condition separately, because we didn’t know any better. It is fair to say that the greatest driver of disease in old age is old age itself and this is worked on way too little.

Most of it happens through the accumulation of damage in our cells, nonetheless it can all be traced back to a decline in our cells ability to keep homeostasis (cell maintenance), which leads to the accumulation of damage in our bodies, ultimately making us sick. Our genes are responsible for cell maintenance, or moreover their own regulation. To put it simply, we need to instruct our cell’s information to keep the cell maintenance at a higher level than it currently operates at.

Our cell maintenance is already pretty good, but it’s nowhere near 100% efficiency and there are other organisms out there which do that job much better, and we can learn from them. The most crucial element at this moment is to eradicate the basic mechanisms underlying these specific gene regulations through basic research. That’s the only way to get rid of the aging problem and all the problems that come with it for good. With such new acquired knowledge we can develop anti-aging therapies. They could then be put into effect through gene therapy, although medication may also be an option.

The people who are crazy enough to think they can change the world, are the ones who do.
— Steve Jobs

WHAT DOES IT TAKE TO TREAT AGING?

There are two approaches how it can be done.

It is clear that aging is the accumulation of damage in our cells and body, being embodied by what we call age-related diseases. One approach is to fight these symptoms of aging we all are familiar with. There are seven variables that lead to aging and there is research going on into every one of them right now (some more than others).

Once we can fix all seven of these things, we are done abolishing physical aging. With this approach it will be necessary to periodically remove these accumulated damages from our bodies, but that will be a small price to pay for near-immortality.

Those symptoms of aging have all one common root cause, an inefficient cell-maintenance (homeostasis). There is strong evidence that aging and longevity are controlled by a multiplicity of molecular and cellular signaling events that interface with environmental factors to maintain cellular homeostasis. A decline of our cells capacity to keep high-efficient homeostasis leads to dysfunction of specific cell types and tissues, rendering the organism susceptible to a range of chronic diseases. Such decline is only possible through an intrinsic over-time alteration of our gene-expression. The only way to stop this from happening is, to determine which specific genes are involved in this process, so that their expression-setting can be reprogrammed, ultimately making you stay and look young without a time-limit. This method would require the least maintenance with maybe only even a one time treatment, but this is the high-end method and there will be probably others before.

Like any technology, when it first starts off, it will be a bit shaky, a bit risky, it will be very laborious and expensive, but there will be enormous market pressures that will result in progressive refinement and improvement to the technology so that it becomes more effective and convenient.

HOW LONG COULD WE LIVE WITH THIS TECHNOLOGICAL ADVANCEMENT?

Potentially forever, however, if you had never seen any mortality statistics, you might subscribe to what’s called the “lightning bolt theory” of mortality. In this view, death is the result of a sudden and unexpected event over which you have no control. It’s sort of an ancient Greek perspective: there are angry gods carousing carelessly overhead, and every so often they hurl a lightning bolt towards Earth, which kills you if you happen to be in the wrong place at the wrong time. These are the “lightning bolts” of disease and cancer and car accidents, things that you can escape for a long time if you’re lucky but will eventually catch up to you. Your probability of dying during a given year would be constant, and wouldn’t increase from one year to the next. From current statistics this probability for the populations of the UK and USA is somewhere around 0.05% per year (varying on location and lifestyle) Taking it to numbers with such mortality rate, out of 1 million people today, 950,000 would still be alive after 100 years, 780,000 after 500 years and around 600,000 in 1000 years. And then after ten thousand years — if you are lucky — you will be one of the 7000 people still alive.

This is also a great argument for people who falsely fear that immortality will lead to overpopulation. As if all 7.6 billion people who live today would become immortal, after 18,000 years only 1 million of them would be still alive.

Filip Poutintsev is an entrepreneur with 10 years of experience in online industry and as a business consultant. His specialties are affiliate and direct marketing, start-ups and new innovations. He is the founder of Immortality Foundation, a non-profit educational organization with the goal of educating people about aging and longevity, bringing awareness to life extension research and debunking myths about immortality.

Dr. Aubrey De Grey: You have your Lambo Crypto but still going to die – How to solve aging

How to Cure Aging – During Your Lifetime? 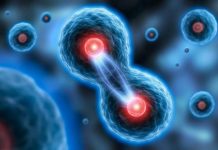