mind·fuck: [ˈmīndˌfək] NOUN. A disturbing or extremely confusing experience, in particular one that is caused by deliberate psychological manipulation.

Some stuff people tell you messes with your head if you buy into it. Maybe it’s self-contradictory. Maybe it doesn’t line up with what you know about yourself or the world around you. Maybe it makes you question the evidence of your own senses or your ability to think straight. Maybe it muddles your intuitions about right and wrong, making you ashamed of doing things that don’t actually harm anyone—or, conversely, prompting you to do things you would otherwise be ashamed of.

Perhaps at the hazy edge of your mind something seems a little off, but the idea comes from a person or community you admire and respect (and maybe need), so you nod along, pushing aside any misgivings—even parroting their words to yourself or other people. Then, hours or even years later, the trance shatters, and your mind clears and you think, wait, what?!—And you can’t believe you actually believed it.

Some people call that a mindfuck, and when I think about mindfucks I think—as a former Evangelical—about Evangelical Christianity, which traffics, wholesale, in mindfuckery. Here are some doozies that rank among Evangelicalism’s top ten.

1. It’s not a religion, it’s a relationship. This quip is popular with campus evangelism groups like Athletes in Action and Cru. You might even have seen it on a bumper sticker at some point, because it’s one of Evangelicalism’s favorite ways of saying, We’re not like all those other (obviously false) faith-based belief systems. We just love Jesus and Jesus loves us, and he loves you, too.

From the inside, this relationship thing feels really real and really good. But from the outside it’s a bunch of transparent hooey. Your born-again Christianity is a love relationship—with a character whose name and history you got from a set of ancient texts that were compiled and handed down by a vast hierarchical organization that once torched dissenting texts (and people). And this not-religion has sacred writings and rituals and leaders and schools of systematic theology, and it dictates what people are supposed to believe and how they’re supposed to behave. And it provides all the same social functions and structures as religions. But Christianity isn’t a religion, it’s a relationship. Uh, huh.

2. That’s the OLD Testament. In my childhood Bible, the Old Testament is bound together with the New Testament in a gold-stamped blue leather cover with these words on the title page, “The words of Scripture as originally penned in the Hebrew and Greek … are the eternal Word of God.” This statement is followed by a verse from the Old Testament book of Isaiah. “The grass withers, the flower fades, but the word of our God stands forever (Is 40:8).

To Evangelicals, the Old Testament is the timeless Word of God, except when the vile atrocities described there become inconvenient or when people quote horrible verses—say those that demean women, endorse slavery, condemn homosexuality and shellfish eating, promote the idea of Chosen bloodlines, or make statements that are scientific nonsense. Then it’s just the Old Testament, and Evangelicals pull out all kinds of fancy “supersessionist” language to explain that those verses don’t really count because of the “new covenant” or the “Dispensation of Grace.” But just try suggesting that a Bible believer take the Old Testament out of the Holy Bible.

3. Yes, no, maybe. God answers prayer. Except when he doesn’t. The New Testament says, And all things, whatsoever ye shall ask in prayer, believing, ye shall receive  (Matthew 21:22; Mark 11:24). But everybody knows that in the real world that doesn’t happen. Christians face bankruptcies and bad test scores and death at the same rate as other people. God answers prayer at the margins of statistical significance, if at all—even when parents are asking for their kids to get healed from cancer, or kids are pleading that parents stop hitting them.

How does one explain that? The age-old Christian answer has been that when your prayers aren’t answered you should doubt yourself rather than God, assuming that your faith was too weak or you wanted something you shouldn’t. But Evangelicals have come up with something even more clever: God does always answer! It’s just that he sometimes says no, or maybe, instead of yes. That ask anything and it shall be done Bible verse really meant, ask selectively and he might say yes.

5. Christianity is humble. According to Catholic theology, pride is one of the seven deadly sins. Evangelical preachers tell us it was Satan’s original sin. Pride cometh before the fall, so humble yourself before God. Couple this claim about humility with the idea that you should preach [your version of] the gospel to every creature—and things get turned inside out and upside down.

Famed Puritan hellfire-and-brimstone minister Jonathan Edwards said, “We must view humility as one of the most essential things that characterizes true Christianity.” Edwards also expounded with righteous certitude about the torments of the wicked in hell—wicked meaning anyone who didn’t share his Puritan beliefs.

Anyone who has spent much time in an Evangelical church community knows that superior humility can be a powerful form of one-upmanship. But competitive humility aside, what could possibly be more arrogant than thinking the universe was made for mankind, that only we bipedal primates are made in the image of God, that all other sentient beings are here for us to use, that you happened to be born into the one true faith among the tens of thousands of false ones, and that the force that created the laws of physics wants a personal relationship with you.

6. Christianity isn’t sexist; God just has different intentions and rules for men and women. Just because in the Old Testament God (identified by the male pronoun) makes man first, puts men in charge (male headship), gives men the right to barter women and take them as war booty doesn’t mean they’re unequal. Just because the New Testament forbids women to speak in church, tells them to cover their heads and submit to men, and excludes them from leadership positions doesn’t mean that women are inferior to men!

The Bible may be rife with stories with predominantly male protagonists. It may show women competing to have sons. Genealogies may be determined by paternity. God may convey his word exclusively through male writers and may take the form of a male human. But that doesn’t mean men and women are unequal! They’re just “different.” All of those generations of Patriarchs and Church Fathers and Reformers and Preachers who said vile things about women—they just misunderstood the Bible’s message on this point.

7. Believe and be saved. Right belief, according to Evangelicalism, is the toggle that sends people to heaven or hell—as if we could simply make ourselves believe whatever we want, regardless of the evidence, and as if the ability to do so were a virtue. Right belief makes you one of the Righteous. Wrong belief makes you one of the Wicked. God may have given you the ability to think, but you follow logic and evidence where they lead only at your own eternal peril. If you don’t believe, it’s because you secretly just don’t want to.

Granted we all are prone to a greater or lesser degree, to what psychologists call “motivated belief,” which follows from confirmatory thinking, our tendency to selectively seek evidence for things we either want to be true or, more rarely, fear to be true. But this is hardly a sign of robust character or moral virtue. Quite the opposite.

8. God loves you and he’ll send you to hell. And once you die, it’s all irreversible. George Carlin put it best: Religion has convinced people that there’s an invisible man … living in the sky. Who watches everything you do every minute of every day. And the invisible man has a list of ten specific things he doesn’t want you to do. And if you do any of these things, he will send you to a special place, of burning and fire and smoke and torture and anguish for you to live forever, and suffer, and suffer, and burn, and scream, until the end of time. But he loves you. He loves you. He loves you and he needs money.

OK, Carlin didn’t have his theology right, at least not from an Evangelical standpoint. You don’t go to hell for violating the Ten Commandments. You go to hell for not accepting Jesus as your savior. But yeah, he loves you, loves you, loves you, and if you don’t love him back and worship him and accept his gift of forgiveness for your imperfection, he’s going to torture you forever. Wrap your brain around that definition of love.

9. Free choice under duress. Why is the world full of sin and suffering if God is all powerful and all good? Because he wanted us to worship him of our own free will. He loves us too much to force us, so we had to be able to choose—so the story goes.

But, but, if what he wanted was love and adoration, freely given, then why did he entice us with promises of heaven and threaten us with eternal torture? Can someone really love you if you demand their love at gunpoint?

10. Lean not unto your own understanding. Faith is just believing. Trust and obey. Be watchful, stand firm in the faith, act like men, be strong (1 Corinthians 16:13). The fool has said in his heart there is no God (Psalm 14:1).

The idea that your own mind, logic, and the evidence in the world around you is not to be trusted may be Evangelicalism’s biggest mindfuck, because it is subtext in all the others. Any doubts are just evidence that your mind (and basic human decency) are shaky. Since doubt is a sign of weak faith—and sometimes even direct from the devil—you should never ever trust what you think, feel, see or experience over what the Bible says and the Church teaches. Walk by faith, not by sight. Stop asking questions!

To be fair, Evangelicalism is not a monolith. Some Evangelicals eschew one or more of these teachings. Also to be fair, theologians proffer complicated work-arounds for all of them. But each item in this list is embraced by tens of millions of people, most of whom earnestly want to understand what is true and what is good. That earnest desire gets corrupted when decent people mistrust their own capacity for goodness, set aside their ability to think, and instead embrace mindfucks posing as wisdom and truth.

George Carlin on Religion and God 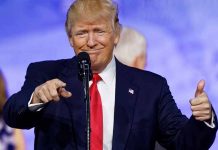