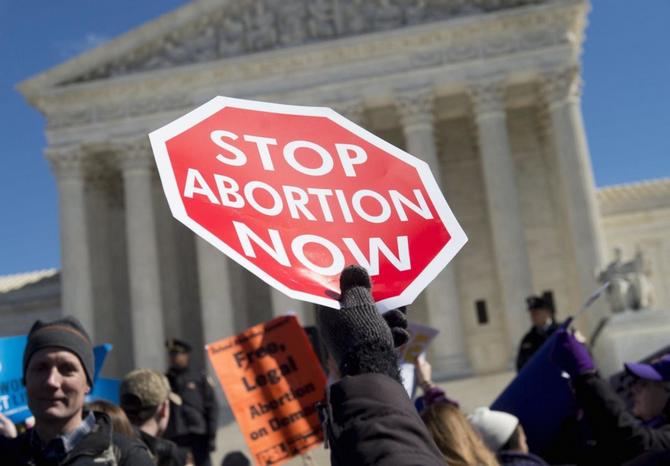 The Kentucky Legislature passed two bills on this week, and unless a court blocks them, abortion will effectively be banned in the state.

One bill, passed on Thursday night, prohibits abortion after six weeks in pregnancy before most women even know that they are pregnant.  The other, passed late Wednesday night, bans abortion if a woman is seeking it because of a fetal diagnosis. The ACLU is challenging both laws, asking a judge to block them immediately to ensure that the only abortion provider in Kentucky, EMW Women’s Surgical Center, does not have to turn patients away.

This is not a hard legal case. Banning abortion has been unconstitutional under more than 40 years of Supreme Court precedent, starting with Roe v. Wade. The politicians who passed these laws know that, but they are hoping that these laws will be the means the Supreme Court will use to reconsider Roe. They are emboldened by changes on the Supreme Court, where there may be enough votes to overrule or weaken the constitutional right to abortion.

This is just the most recent effort by Gov. Matt Bevin of Kentucky and other politicians to push abortion out of reach.  Bevin has forced two other clinics to stop providing abortion, resulting in EMW in Louisville being the last remaining abortion facility in the state.

Bevin tried to close EMW in 2017 by threatening to revoke its license, claiming that there were technical deficiencies with EMW’s hospital transfer agreement, such as the “wrong” person at the hospital signed it. There is no medical reason to require a transfer agreement in the first place, and Bevin’s administration was nit-picking EMW’s agreement to try to shut it down. We sued, and a federal district held that the state’s attempts to shut down the clinic were unwarranted and unconstitutional. Undaunted, Kentucky has appealed, so we are still fighting these efforts.

The Kentucky Legislature also passed a law in 2017 that requires doctors to show patients seeking an abortion the ultrasound image and describe it in detail, even over a patient’s objection. We challenged the law and a court held that it was unconstitutional, but Kentucky appealed that decision too. Another law passed in 2018 effectively bans abortions after approximately 15 weeks of pregnancy; we challenged that law, too, and the court stopped the law from taking effect while it is being litigated.

Kentucky is far from alone in its relentless attacks on access to abortion. For years, anti-abortion politicians around the country have been chipping away at abortion access, passing more than 400 abortion restrictions since 2011.  And this year – emboldened by the Trump administration’s attacks on reproductive health care access and the changes on the Supreme Court – states are taking direct aim at Roe v. Wade. Mississippi is on the verge of passing a six-week abortion ban, and several other states are considering doing so, including Ohio, Tennessee, Missouri, Georgia, Texas, and Florida.

These bans are deeply disturbing. But it is critically important to understand that they are not the only type of attacks that can end abortion access. Attempts to shut down clinics in Kentucky, Louisiana, Missouri, Arkansas can make abortion as good as illegal without the Supreme Court having to announce that it is overturning Roe. Those with the fewest resources will be affected most. People of color, low-income individuals, and young people will suffer the greatest harm.

We cannot predict what the Supreme Court will ultimately do. But we know that Roe has been the law of the land for over 40 years, and we will do everything we can to ensure that women are able to get the care they need without shame, obstacles, and stigma.