This post by Mark Fulton originally appeared at MadMikesAmerica. 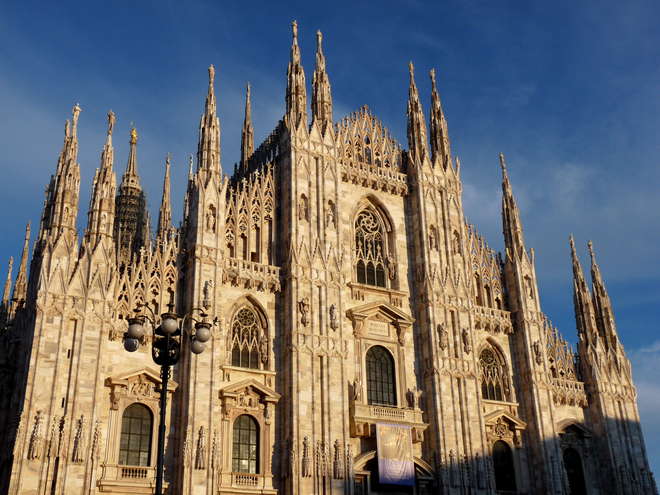 “My own view on religion is that…I regard it as…a source of untold misery to the human race.” —Bertrand Russell

Consider Christian history. There have been literally hundreds of wars started or inflamed by Christian intolerance. Millions of people were murdered in the crusades, the Inquisition, witch-hunts, and as a consequence of forced conversions in America and Africa. For centuries women, homosexuals, scientists, Jews, and Muslims have been attacked or suppressed. Churches have opposed secular education, fought against each other and resisted scientific advances. Churches have been the cause, not the cure, of many of the world’s ills.

Many people today, even Christians, are disgusted by the typical church’s pursuit of power and money.

Church people commonly claim that if all communities were Christian the result would be moral health, peace, and happiness. I don’t believe that, and have some statistics to back up my opinion, as there is a good study that addresses this very issue. The American Gregory Paul is an independent researcher on subjects dealing with paleontology, evolution, religion, and society. In 2005 he undertook a study titled “Cross-National Correlations of Quantifiable Societal Health with Popular Religiosity and Secularism in the Prosperous Democracies: A First Look.” It was published in the Journal of Religion and Society and can be found here.

Gregory Paul was attempting to test whether high rates of belief in and worship of a creator correlate with social health. He wrote that his paper was a “first, brief look at an important subject that has been almost entirely neglected by social scientists…not an attempt to present a definitive study that establishes cause versus effect between religiosity, secularism and societal health.”

“[L]evels of religious and nonreligious belief and practice, and indicators of societal health and dysfunction, have been most extensively and reliably surveyed” in them. Also,

“The cultural and economic similarity of the developed democracies minimizes the variability of factors outside those being examined.”

“Dysfunctionality” was defined by indicators of poor societal health, such as homicide rates, youth suicide, low life expectancy, STD infection, abortion, early pregnancy, and high childhood (under five years old) mortality. “Religiosity” was measured by belief in biblical literalism, frequency of prayer, and service attendance, as well as absolute belief in a creator, in order to quantify religiosity in terms of ardency, conservatism, and activities. The study had a massive sample size of eight hundred million, mostly middle-class people. The data was relatively current, collected in the middle and latter half of the 1990s and early 2000s from the International Social Survey Program, the UN Development Program, the World Health Organization, Gallup, and other reputable sources. What did the results show?

Japan, Scandinavia, and France were the most secular nations. The United States is the only nation in the study considered to have high rates of religiosity, a feature other studies have demonstrated is otherwise limited only to the so called second and third worlds.

There is a remarkable positive and consistent correlation between pro-theistic factors (especially regarding absolute belief in God, and prayer) and juvenile mortality.

Life spans tend to decrease as rates of religiosity rise, especially as a function of absolute belief. Denmark was the only exception.

Higher rates of belief and worship of God in all countries correlated with higher juvenile and adult sexually transmitted diseases. Rates of adolescent gonorrhea infection were six to three hundred times higher in the USA than in less theistic secular developed democracies. Gonorrhea is markedly more prevalent in the USA’s adult population as well. The USA also suffers from uniquely high adolescent and adult syphilis infection rates. These STD’s have been nearly eliminated in strongly secular Scandinavia. In my opinion, the reason is obvious. Christian parents and schools often refuse to educate adolescents about basic sexual hygiene.

Belief in and worship of a creator shows a positive correlation with increasing adolescent abortion rates in all countries. Rates of abortion are uniquely high in the USA. It also strongly correlates with higher rates of early adolescent pregnancy. Teenage birth rates are two to dozens of times higher in the U.S. than in all the other countries. In my opinion, the high rate of adolescent pregnancy and abortion is because Christians typically refuse to educate adolescents about contraception.

No democracy in this study was shown to have both strong religiosity and comparatively high rates of societal health in any of the parameters measured. The opposite is true. Only the secular, pro-evolution democracies had the lowest rates of lethal crime, juvenile-adult mortality, sex-related health issues, and abortion. The three least theistic democracies—Japan, France, and Scandinavia—also have the best figures in these categories.

Interestingly, within the United States, the strongly theistic, anti-evolution south and mid-west have markedly worse homicide, mortality, STD, and youth pregnancy rates than in the northeast part of the United States, where secularization and acceptance of evolution approach European norms.

Let’s pause for a moment to discuss religiosity in America. President Ronald Reagan once said,

“Of the many influences that have shaped the United States into a distinctive nation and people, none may be said to be more fundamental and enduring than the Bible.” I suspect there’s much truth in that!

There’s a widespread belief in American folklore that America is “God’s country” because metaphorically it’s a “shining city upon a hill.” The source of this idea is in the Gospel of Matthew, when Jesus says to his disciples, “Ye are the light of the world. A city that is set on an hill cannot be hid” (Matt. 5:14, KJV.)

Some recent American presidents and presidential contenders, namely John F. Kennedy, Ronald Reagan, Walter Mondale, Bill Clinton, Michael Dukakis, and George W. Bush, have all claimed that the US was this “shining city on the hill,” by which they meant a shining example to the rest of the world.

The facts contradict this assumption. “God’s country” has the highest rates of murder, juvenile mortality, sexually transmitted disease, abortion, and adolescent pregnancy in the developed world.

I’ve no wish to offend Americans. My comments only point out that there appears to be a strong positive correlation between Christian religiosity and social problems.

This very large study proves that, statistically speaking, there’s no evidence that Christianity has a beneficial effect on society in first-world countries in the parameters mentioned. Christian communities aren’t better, healthier, or safer than secular societies, in fact the data suggests the very opposite.

Gregory Paul believes that America is slowly becoming as secular as its peers.

Despite the statistics, it’s a fact Christian people sometimes do provide social benefits. There’s no doubt some Christians do excellent humanitarian work, particularly in the developing world. I think this happens primarily because good people do altruistic things for those less fortunate. I genuinely respect and admire these good people, but think everyone would be better off if they could help others without bringing god into it.

Mark Fulton is a practicing physician on the Sunshine Coast in Queensland, Australia. His practice focuses on preventative holistic medicine.

"Get Over Christianity by Understanding It" by Mark Fulton.https://t.co/TjuGE9iXxJ pic.twitter.com/4FR97bKbRi

George Carlin on Religion and God