Since 2010, thousands of bills attacking women’s reproductive rights have been introduced in state legislatures, and well over 400 of them have been enacted into law. These run the gamut from attacks on abortion clinics, public funding for low-income patients, and sex education, to laws barring telemedicine, requiring bogus “counseling” for women seeking to terminate their pregnancies, installing waiting periods of up to three days, forcing a woman to view mandated ultrasounds of her fetus before obtaining an abortion, and limiting insurance coverage for abortion and contraception.

The first quarter of 2019 has been no different, except that the bills being introduced in some states are the most draconian ever. In Texas, for instance, a bill cleared committee this week that would execute people for providing or obtaining an abortion. More about that in a moment.

The Guttmacher Institute, a reproductive rights think-tank, explains the more typical kind of proposals being introduced and sometimes passed and signed by Republican governors lately:

But this year a few states have gone even further, pushing bills that amount to near-total bans on abortion, direct challenges to Roe v. Wade, the 46-year-old Supreme Court decision that legalized the procedure in all states and territories.

For instance, Mississippi, Kentucky, and Georgia have recently passed bills to ban most abortions after a “fetal heartbeat is detected.” Eight other states with Republican majorities running the state legislatures have introduced similar legislation. The “fetal heartbeat” proposals are particularly pernicious since the whole notion that a fetus can have a heartbeat before it actually has anything more than a nascent heart is bogus. Typically, this “heartbeat” can be detected at six weeks of gestation, before many women even know they are pregnant. If the new bills are signed by governors in those states, it would bring to 21 the number of states with a “heartbeat” law on the books, even though the 8th Circuit Court of Appeals has struck down such laws in North Dakota and Arkansas, and a state judge has done the same in Iowa.

Such challenges are likely to be squelched by courts at the state level or in federal district and appeals courts. Only if an appeals court were to ignore Roe and green-light implementation of such a law would a case go to the U.S. Supreme Court.

That is what at least some forced-birthers hope will happen now with Brett Kavanagh having replaced Justice Anthony Kennedy on the court. Kennedy was a reliable if reluctant supporter of Roe. Whether Kavanagh would vote with the four adamantly anti-abortion justices who were already on the court when he was confirmed is not absolutely certain. But reproductive rights activists fear he could help achieve what forced-birthers have sought for decades: a partial or complete reversal of Roe.

Although these latest bills are likely to be blocked, it hasn’t stopped legislators from introducing even more draconian proposals. Alabama introduced legislation last week that would criminalize abortion at any stage, with the only exception being for instances when the woman’s life is endangered. David Crary reports:

“To me this is an issue the court simply got wrong years ago,” said [Rep. Terri] Collins, who hopes President Donald Trump’s appointments of Neil Gorsuch and Brett Kavanaugh to the Supreme Court lead to a reconsideration of Roe.

Staci Fox, Atlanta-based CEO of Planned Parenthood Southeast, said these bans are “blatantly unconstitutional and lawmakers know it — they just don’t care.” The goal, she said, is to “challenge access to safe, legal abortion nationally.”

And then there’s Texas, where, as my colleague Marissa Higgins reported today, lawmakers in committee have sent the Orwellianly named Abolition of Abortion Act to the full state House of Representatives. Orwellian because, as even these forced-birthers know, if this became law it wouldn’t eliminate all abortions, merely get rid of the safe and legal ones. The bill categorizes abortion as homicide and would punish violators with harsh penalties, potentially including the death penalty. This in Texas, known for executing more inmates than any other state. In 2017, a similar bill was introduced but failed to clear committee. Even in Texas, that bill probably won’t clear the legislature and would, obviously, fall afoul of the courts if it were to pass and be signed by the governor.

Veteran reproductive rights activists and supporters say they expect that none of these bills will get a favorable ruling in the federal district courts. They’re probably right. But all it would take to reach the Supreme Court is for an appeals court majority—such as the conservative 5th Circuit’s—to uphold such a law. If that happens, Roe could be at risk.

Not all the news is bad on this front. As Guttmacher points out, in 2018, 29 states and the District of Columbia enacted 80 measures to expand access “to abortion and contraception, testing and treatment for sexually transmitted infections, reproductive health care for minors, infertility coverage and comprehensive sex education.”

In addition, states last year enacted 40 other laws to reduce maternal mortality and provide reproductive health services for incarcerated women. This year, some states propose to go further along those lines.

In Connecticut, for instance, which has—as do a few other states—a decades-old law guaranteeing women’s access to abortion even if Roe v. Wade were to be overturned, lawmakers are considering a requirement for private health insurance plans to cover abortion services with no copay, regulate faith-based pregnancy centers noted nationwide for providing outrageously false information to pregnant women, and legislation to ban discrimination against workers based on their reproductive health choices, including abortion, fertility treatment and birth control.

Such proposals offer a path for activists to follow in states not in thrall to the forced-birther crowd.

Texas Lawmaker: Have An Abortion, Lose Your Right To Vote 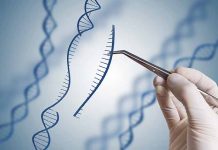