Man, claiming position as ruler of planet Earth, is surely rare and perhaps unique in the cosmos. If I ruled the world (by ruling man for a short while), I would ensure that our experiment in civilisation does not crash but continues until the Sun burns out and, if possible, spreads to planets elsewhere. I want that to be our destiny. You might say, who cares, that’s a long time from now, and I just want to live another day. I say, why not? What a glorious destiny to behold and create!

Potential disaster is much closer; our ancestors came through 3.8bn years or so of evolution, survived at least five mass extinctions, and our homo sapiens population may have been down to a few hundred people somewhere in southern Africa about 100,000 to 150,000 years ago. We nearly died out. Am I worried? Not really. Many dominant species came and went, but none before were like us, hyper-social omnivorous predators with hands to caress, and build, and kill, and language to plan, negotiate, adapt, inspire and remember. We are our own greatest enemy, and we are cultural and we respond to our circumstances. We are capable of dramatic advance, progressing in the span of one human lifetime from the first powered flight to landing on the Moon.

There are hazards we could handle better. We already know about war, plagues, pestilence, famine, drought, flood, earthquakes, volcanoes and tsunamis, but we have survived them all, and each one teaches us how to manage disasters better. Now we can add asteroid strikes, solar storms, nuclear reactor damage, cyber-warfare, bioterrorism, rising sea levels and mass delusion (we have plenty of that natural resource). There’s no reason we can’t understand what we have and make it better, safer and more robust against failures.

And as everyone knows, whether we like it or not, we have to deal with climate, pollution, ocean acidification, energy supply, and scarce natural resources. Maybe not much this week, but over hundreds and thousands and millions of years, we have changed and will continue to change our planet. If we dig up and burn all the carbon we can possibly find, the Earth will be at least 10 degrees Fahrenheit hotter, life will be extremely different, and our descendants will have to deal with the consequences. And if our experiment continues for hundreds of millions of years, the continents will move, super-volcanoes will surely erupt and poison the world, and so on and so on.

How will we deal with all this, you say? I think Earth will follow Benjamin Franklin’s model. By his words, he created voluntary organisations of citizens motivated by a vision of a common good, and many are still operating today, ranging from the public libraries and the fire department to the American Philosophical Society in Philadelphia. The United States began with a Declaration of Independence, in which the signers pledged their lives, their fortunes and their sacred honour. I read it every 4th July for a reminder of what words can do. Then, after a brief unpleasantness with the representatives of the Crown, the United States defined itself as a voluntary organisation of 13 former colonies, governed by a constitution. Abraham Lincoln’s government of the people, by the people, and for the people, is a voluntary organisation. The United Nations is another.

My trusted agents would be responsible for continued inspiration. Humanity is far more than bags of protoplasm with books and chromosomes. Our history, our stories, our arts, our feelings and emotions can pull us together as one people sharing the Earth with all living things, or they can pull us apart into warring factions, or both at the same time. So we would be writing, acting, dancing, talking, laughing, entertaining, painting and telling stories of life and love and death and our shared destiny.

One special task of my agents and organisations would be to sponsor the rights of the individual, as spelled out in the UN’s Universal Declaration of Human Rights, to protect us from our fellow inhabitants.

If all these things can be done—and why not?—then civilisation can last for a very long time, and our descendants will be proud to be world citizens. In a billion years, the Sun will grow brighter and humans won’t be able to live here, but that’s long enough to develop space travel and smart robots and everything else that nature might allow. Maybe friendly robots will take us to the stars, or maybe civilised robots will just go on their own, leaving us humans behind. Either way, our destiny would be accomplished.

John C. Mather is a Senior Astrophysicist in the Observational Cosmology Laboratory located at NASA’s Goddard Space Flight Center, Greenbelt, Maryland. He is also a Senior Project Scientist on the James Webb Space Telescope. He has served on advisory and working groups for the National Academy of Sciences, NASA, and the National Science Foundation for the Atacama Large Millimeter Array (ALMA), and the Center for Astrophysical Research in the Antarctic (CAMA). As winner of the 2006 Nobel Prize for Physics, Dr. Mather shares the prize with George Smoot of the University of California for their work using the COBE satellite to measure the heat radiation from the Big Bang.

Nobel Laureate John C. Mather on What’s Next after the Big Bang

The history of the universe, and what you can do about it. | John C. Mather | TEDxLizardCreek 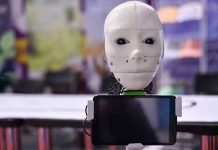