This article was reprinted in the online magazine of the Institute for Ethics & Emerging Technologies, August 21, 2015

In his recent article, “Why Techno-Optimism Is Dangerous,” the philosopher Nicholas Agar argues that we not should pursue radical human enhancement. (Professor Agar has made the same basic argument in three recent books: 1) The Sceptical Optimist: Why Technology Isn’t the Answer to Everything; 2) Truly Human Enhancement: A Philosophical Defense of Limits; and 3) Humanity’s End: Why We Should Reject Radical Enhancement.)

Agar says that when we imagine a better future, assuming that there is one, most of us believe that better technology will play a key role in bringing that future about. Agar dubs such believers techno-optimists, and their ranks include: Matt Ridley, David Deutsch, K. Eric Drexler and Peter Diamandis. Techno-optimists acknowledge the dangers of technology, but they believe that technology’s potential to improve human life makes them worth the risk.

Agar is skeptical of the power of new technologies to improve individual well-being because “hedonic normalization aligns our subjective experiences to our objective circumstances.” Humans living a thousand years ago were hedonically normalized to live in their environment, as will beings living a thousand years hence be normalized to theirs. From our perspective living in the middle ages seems terrible, and living in the far future seems incredible because we are normalized to life today. But that does not mean that individuals living in the past were more unhappy than we are, says Agar, or that individuals living in the future will be happier than we are. So even if technology in the future is great from our vantage point, our descendants will take such things for granted.

Agar also argues that “overlooking hedonic normalization leads us to exaggerate the joyfulness of the future and to overstate the joylessness of the past.”  We would hate to go back in time before dentistry and inedible food, he says, but for our ancestors bad dentistry and food were normal. Our descendants may look back with horror at our death and suffering, but we don’t feel that level of disgust. Now Professor Agar is correct that we become accustomed to the technology that surrounds us. I don’t think daily about how modern medicine eliminated many childhood diseases, that antibiotics cure my infections, and that the dentist can fix my teeth, whereas people of a century ago would be unimaginably happy at those prospects.

But Agar is mistaken that we become completely normalized to the advances that technology provides. I am happy that dentists use Novocaine, that I can communicate instantly over long distances, that I can be warm when it is cold outside, and that antibiotics treat infections and enabled me to forgo amputation! I may not be as awed by such things as people from the past would be, but I am happy to have these technologies nonetheless.  It only takes a bit of reflection about the past and I’m counting my lucky stars. So Agar’s “your descendants won’t be as happy as you think they will” argument doesn’t provide sufficient reason to abandon the pursuit of new technologies.

It also does not follow from Agar’s argument that preventing physical pain or infant mortality aren’t good things. They are. It is better from an objective perspective not to live and die in pain. The fact that we become somewhat accustomed to modern medicine may cause us to overestimate how happy our descendants will be when technology improves their lives even more, but those descendants will still be thankful that we pursued those technologies that helps them live better and longer lives. I know I am happy not to die young and miserable.

Agar’s other main argument against techno-optimism is “that technological progress comes with risks.” There are many unintended consequences of advancing technology, he says, and we can’t just assume that future generations will be able to solve the problems we leave them. We may even destroy ourselves.

Agar is correct, new technology poses risks, but there is no risk-free way to proceed into the future. If we don’t pursue new technologies, then asteroids, climate change, nuclear war, environmental degradation, climate or deadly viruses and bacteria will eventually destroy us. We should not be reckless, but we should not be conservative either. For if we are too timid, we will die just as surely. In the end, only science and technology properly applied have the power to save us. 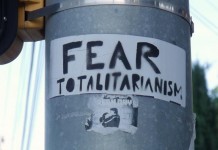 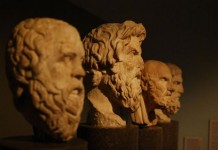