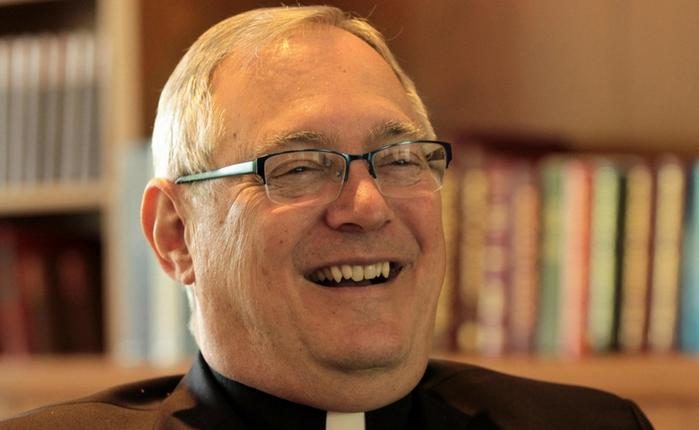 In a stunning display of the nauseating hypocrisy that passes for sanctimonious piety in the Catholic Church, a bishop who stood by and did nothing while priests abused children, has hit out at a planned gay pride month, warning parents that:

[Gays] promote a culture and encourage activities that are contrary to Catholic faith and morals. They are especially harmful for children.

Bishop Thomas J. Tobin, bishop of Providence, Rhode Island, served for four years in the 1990s as auxiliary bishop of Pittsburgh, one of six Pennsylvania dioceses covered in the Pennsylvania Grand Jury report that reveals a horror story of decades of child abuse by Catholic priests and routine cover-up by senior clerics.

Tobin admitted a year ago to the Providence Journal to being aware of the abuses in Pittsburgh, but did nothing on the grounds that it was not his job to. He could have notified the police and child protection agencies but chose not to, as it wasn’t in his job description!

Last Friday, the Catholic Church in the US revealed that allegations of child sex abuse by its priests had more than doubled to 1,455 in the last 12 months and spending on compensating its victims and introducing child-protection measures has topped $300 million.

A church whose bishops pontificate about a gay pride march, made necessary by the church’s victimisation and demonization of homosexuality and other LGBTQ issues, claiming it will harm children, is having to spend $300 million in the USA to protect children against its priests.

It’s difficult to think of a more nauseating, self-righteous example of stinking hypocrisy than this.

In June 2018, according to Crux, Bishop Tobin announced that he was deleting his Twitter account, saying it had become “a major distraction, an obstacle to his spiritual life and an occasion of sin for me and others”.

It seems Tobin just couldn’t resist these occasions of sin.

Former Bishop Robert Cunningham of Syracuse, NY thinks priests should not take all of the blame for decades of sexual abuse against boys. According to Cunningham, the “age of reason” in the Catholic church is 7, so boys are culpable for their actions. THREAD pic.twitter.com/yphBrE2Knm

The League can be considered an arm of the Roman Catholic Church. It apparently has a single mission: suppression of all mainstream criticism of the Church.