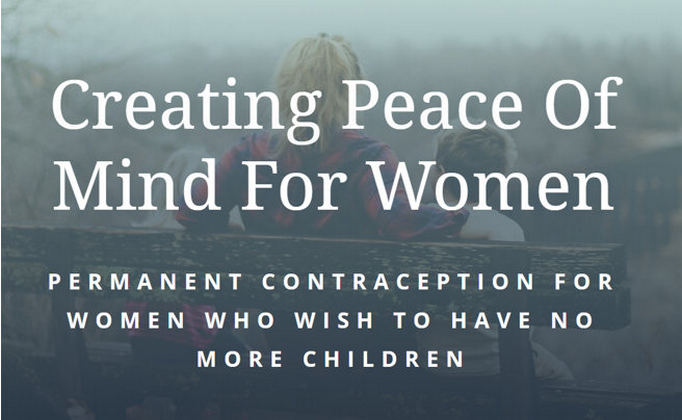 For four decades, QS was used safely by 200,000 women in over 50 countries with no reported deaths when administered with the approved pellet method! The QS procedure administers 7 pellets of 36 milligrams each of quinacrine hydrochloride inserted into a woman’s uterus using a modified IUD inserter in two doses four weeks apart. That is a total of 504 milligrams compared to the 36,500 – 52,000 milligrams of quinacrine hydrochloride that millions of Americans have safely taken by mouth for a period of one year.

QS costs less than $1 per dose. QS has been administered by 1600 different trained healthcare professionals usually nurses or midwives. The procedure, most often recommended by word of mouth by women who’ve had it, has been in the public domain for decades so is not patentable. Tens of thousands of women have been studied leading to scores of peer reviewed scientific articles that attest to the QS method’s safety and efficacy.

The QS method’s potential for massive adoption worldwide was quickly noticed by the enemies of women’s choice. ISAF spent over $8 million seeking FDA approval to conduct a Phase III trial confirming the QS method’s already sterling record and to make it available to women and families around the world who wish to have no more children.

FDA staff repeatedly ignored renowned expert scientists and after protracted negotiations denied ISAF to conduct a Phase III trial in December 2016. The FDA ruling says to other country regulators and pharmaceutical companies that QS shouldn’t be allowed as a standard birth control option for women.

Creating infertile women is bad business. The medical profession and pharmaceutical companies promoting woman’s contraceptives like IUDs, the pill, tubal ligation, etc. have economic interests. Patriarchal religions fight to take reproductive control of women’s bodies away from them. The FDA is the most powerful economic and ideological focal point for these forces. ISAF seeks no profit, only justice for women wanting no more children at the least cost! The QS method would provide women justice and disrupt these systems.

What to do now? Get the QS method approved by another country’s regulatory body.

ISAF will assist any brave and enlightened reader to engender a trial to make QS, this huge untapped option, a worldwide reality! QS trademark and brand is available for use here. Many human lives will be saved and made better leading to hope for our grandkids’ planet.

#realfixtosaveearth Please sign our petition to save earth. Hold all our world leaders accountable by visiting https://t.co/116ggs9cWs to learn more and take action. Leave half the earth fallow, everyone gets a U.S. quality of life in their countries. Free birth control with QS

Video About QS for Women