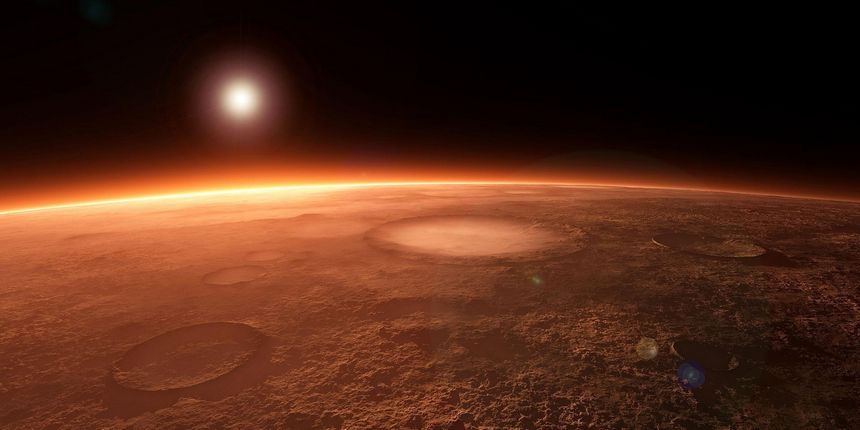 These days, you’d have to actually be living on Mars not to have heard that Elon Musk wants to colonize it — and his team at SpaceX is putting in overtime to make it happen. They worked straight through December on refinements to their latest Starship spacecraft prototype, which Musk says will begin performing high-altitude tests within 2 to 3 months.

SpaceX has set the goal of first sending a cargo mission to Mars in 2022, and following it up with a manned mission in 2024 — which makes SpaceX the contender to put the first human footprint on the Red Planet.

Musk isn’t stopping there, however — back in November, he reiterated his long-term goal of building a city on Mars, which he believes will require SpaceX building & flying around 1,000 Starships moving cargo, passengers & infrastructure to Mars over about 20 years.

If successful, Musk’s vision for interplanetary colonization will result in a lot of boots on the ground, along with the technological infrastructure required to support them. These won’t be Apollo astronauts out on a day-trip: the colonists will have the time, tools & ability to do lots of real science, and they just might answer one of the biggest questions of the millennium: is there life on Mars?

What Kind Of Life Are We Looking For?

There have now been 26 successful missions to Mars since the beginning of exploratory missions back in 1960, resulting in a current total of 14 orbiters, 10 successful landers, and 4 robotically operated rovers on the Red Planet.

All things being equal, we’ve barely scratched the surface of learning what secrets Mars may hold — but at the time time, detailed satellite photography and intense scientific study of the data collected so far paints a pretty bleak picture for life: if it exists, it’s on a microbial level — perhaps eking out an existence living in salt brines in the lowlands.

If the salt-brine hypothesis is correct, then perhaps SpaceX will get lucky and pick a landing from among 9 candidates they’ve been considering on the Arcadia Planitia and Amazonis Planitia regions of the planet.

Business Insider described these sites as being “flat, icy lowlands” in the north & south regions, in places “with evidence for shallow ground ice.” It appears that these locations aren’t being considered because they harbor life — but instead because SpaceX hopes to use hydrogen from the ice and C02 from the atmosphere in Sabatier reaction to generate methane fuel for return trips to Earth.

Whatever the rationale for the picks, if life on Mars does exist, then they may find it — and that in turn may solve another big mystery.

The Martian atmosphere contains only 0.16% molecular oxygen at the surface — and since the pressure is only around 1% of the Earth’s atmosphere, we already know it can’t support complex oxygen breathing life as we know it.

It might support plants, however — and if that plant life breathed CO2 like plants do here on Earth, it could explain a big mystery. Recent measurements at the Gale Crater indicate that O2 levels rise as much as 30% during the Spring, prompting Nasa to write:

“The amount of the gas (O2) in the air rose throughout spring and summer by as much as 30%, and then dropped back to levels predicted by known chemistry in fall. This pattern repeated each spring, though the amount of oxygen added to the atmosphere varied, implying that something was producing it and then taking it away.”

.@MarsCuriosity serves scientists a new one: oxygen.
Over the course of three Mars years, Sample Analysis at Mars, inside Curiosity, inhaled the air of Gale Crater.#DSN provides comm and tracking to Curiosity. https://t.co/53viAXm3Bd pic.twitter.com/1BgTjfFYTI

Interestingly, a team of Scientists from the Netherlands actually conducted an experiment to grow plants in simulated Martian soil, which BloomingPlants reported on as being quite successful:

“All the plants germinated on the Mars soil simulant, and the researchers were amazed to find that despite the lack of reactive nitrogen, many of the plants grew better than those on nutrient poor Earth soil taken from a riverbed. The four crop plants in the study, tomato, rye, carrot and cress, survived well on the Mars soil simulant, which bodes well for growing plants on Mars in the future.”

So perhaps they’ll find something, although as National Geographic has written, “non-living processes are known to make oxygen on Mars, and these findings are not necessarily evidence of life.”

What Are The Some Implications Of Life On Mars?

Regardless of whether Martian colonists & explorers find actual living microbes, or merely just undeniable evidence of past life, it raises big questions about the origins of life in our solar system worth exploring.

The recent Space.com article “Could There Be Life on Mars Today?” speculated that perhaps life on Earth actually originated on Mars, saying,

“Four billion years ago, the Martian surface was apparently quite habitable, featuring rivers, lakes and even a deep ocean. Indeed, some astrobiologists view ancient Mars as an even better cradle for life than Earth was, and they suspect that life on our planet may have come here long ago aboard Mars rocks blasted into space by a powerful impact.”

If true, then it could be that an analysis of life found on Mars might share characteristic biological building blocks that would offer proof for the origin of our own life on Mars… that is, unless life didn’t start on either planet.

Chandra Wickramasinghe from Cardiff University in the UK has proposed that perhaps life actually started in the water-rich interior of comets heated by radioactive isotopes or repeatedly defrosted as they pass by the sun every few millennia — a version of the panspermia hypothesis which proposes that life is seeded throughout space.

There may be literally trillions of objects larger than the size of 1km floating in the Oort cloud, and Wickramasinghe suggested this makes the chance of life starting there as being a strong possibility. Living organisms in any icy comet might have seeded both the Earth and Mars with life just as easily as ejected Martian rocks may have brought it to Earth.

If life exists on Mars, it will be on a microbial level — hiding from cosmic radiation in the shadows of the Gale Crater, or living in a cold, salty brine in the lowlands. When SpaceX arrives, the landing sites they’re considering might just be reservoirs for living organisms, which may lead to a discovery that will raise more questions than it answers about our place in the universe.

The panspermia hypothesis suggests life exists throughout the Universe, distributed by meteoroids, asteroids, comets, planetoids. If true, perhaps life originated on an ancient, fertile Mars and came to Earth on ejected rocks — or perhaps both the Earth and Mars were seeded by a comet.

We now know that Mars has water, we may be seeing evidence of photosynthesis, and scientists believe that plants are capable of growing in the soil. Mars is capable of supporting at least some life right now — in the past, perhaps it was a garden as Space.com suggested.

All of these things set the stage for SpaceX colonists to make the discovery of the millennium — definitive proof that we are not alone in the universe, which is still a remarkable discovery even if our space-borne cousins are only single-celled organisms.