Adapted from Human Spaceflight: From Mars to the Stars, by Louis Friedman (University of Arizona Press, 2015). Reprinted with permission from the author.

Humans will become a multi-planet species by making it to Mars, but no farther. That is, they will never travel beyond Mars. Some find this to be negative—an absolute statement of limits and thus of giving up. My job here is to prove the opposite: humans exploring the universe with nanotechnology robotics, bio-molecular engineering, and artificial intelligence is something that is exciting and positive, and is based on an optimistic view of the future.

Tom Paine, NASA’s administrator at the height of the Apollo program, had a clear idea about the goal of human space exploration. It was the settlement of Mars. In fact, he hoped we would not find life on Mars so that we could more rapidly devote ourselves to bringing humans there. He wanted The Planetary Society, which I co-founded with Carl Sagan and Bruce Murray, to make Martian settlement our vision and mission. While very supportive of human Mars exploration, we at the Society were skeptical about the question of settlement. We would argue that we don’t know if settlement is possible or sensible; we might “only” explore with outposts and never really settle there (as in Antarctica or in the oceans of Earth). We maintained our scientific skepticism across decades even as NASA periodically considered ambitious plans for human missions to Mars.

But now I have come to realize that Tom Paine was right—settlement of Mars is the rationale for human spaceflight. I further have come to realize that Mars not only should be the next goal for humans in space but also is the ultimate and hence only goal, at least physically. Exploring beyond Mars will be done virtually, by processing information from other worlds while our bodies stay at home (albeit, I hope, on a multi-planet home of Earth and Mars).

To be clear: I believe that human space exploration will continue forever, but that human spaceflight will stop at Mars. This is not a contradiction—it is just a new way of thinking, a problem perhaps for an older generation but not for future ones where already ideas about connectivity, networking, exploration, and virtual reality influence the perception of “being there.” Once we understand that human space travel beyond Mars will be technologically, psychologically, and culturally very different from how it is carried out today and in the near future, then our construction and development of space programs should be different. We can solve the conundrums imposed by the merging of grand visions and political constraints—the biggest stumbling block of space policy.

You might now wonder, what’s so special about Mars? Why do I say human space travel will change only beyond Mars, and why do I insist that humans still must and will travel themselves to Mars and perhaps even settle there? The answer is found in the survival imperative of becoming a multi-planet species, and in Mars as the only plausible destination for that multi-planet future.

“Space is big, really big,” wrote Douglas Adams in The Hitchhiker’s Guide to the Galaxy. Before ever reading Adams’s novel I wrote those same words in my 1988 book Starsailing: Solar Sails and Interstellar Travel, because I was struck by the same thing that Adams was—the distances between stars are unimaginably enormous. “How big is space?” you might ask. Well, it might be infinite (we only know what we can see so far), but the observable universe has a diameter of about 90 billion light-years. That equals 850 billion trillion kilometers. That number, incidentally, is more than the number of grains of sand on Earth. In that observable universe there are about 100 billion galaxies, and in our galaxy, there are about 100 billion stars. One of those stars is our Sun, and its solar system has yet to be completely explored. If we divide the number of stars (100 billion ×100 billion = 1022) into the volume of the observable universe (assuming it is a sphere since it has no preferred direction), we find about 25 stars per trillion cubic light-years. If that sounds pretty empty to you, then you have it right: space is mostly empty!

The point of playing with these unimaginable numbers is to illustrate that interstellar travel is a subject of science fiction, not ready for prime time—at least not for humans. Most of the serious technical work for traveling between the stars, some with brilliant engineering and sophisticated applications of physics, relies on schemes that are entirely fictitious—or at least not real in any practical sense.

The barrier of bigness preventing human interstellar travel will be overcome by the enablement of smallness—the evolution of information processing and nanotechnology that will permit virtual exploration of other worlds. The pathway that takes us there is solar sailing, an elegant method that uses beams of light to accelerate spacecraft to very high speeds. Someday, this is how we—or at least our robotic emissaries—may visit other star systems.

I am convinced that the long-range future of humankind is to extend its presence in the universe virtually—with robotic emissaries, bio-engineered payloads, and artificial intelligence. Payloads will be designed for information processing, not life support. But does that conclusion doom us to be couch potatoes—staying at home forever, confined by the limits of our planet? This is neither culturally nor physically acceptable. Culturally, we remain wanderers and explorers. Physically, the survival of our species requires humankind to become a multi-planet species. We cannot put all our eggs in our Earthly basket. It has too many forces that might cause it to fray—forces such as asteroid impact, large-scale conflict and war, pandemics, global climate change, and other types of environmental destruction, such as resource depletion and scarcity.

To become a multi-planet species, we humans must reach Mars, because it is the only place we can reach. As arid, frozen, and desolate as it may be, Mars is the only known world besides our own that could be considered remotely habitable for humans. Indeed, it may have been much more habitable in the past, and life may have originated there as fast as it did on Earth and even have spread here from there, or there from here. Therefore Mars remains a human destination. It is the laboratory in which the evolution of the human species will be tested and, ultimately, determined.

Getting beyond Mars (with humans) is impossible—not just physically for the foreseeable future but also culturally forever. By the time we set foot on Mars, our technologies will have evolved so that the human presence in space is being extended robotically and virtually, rather than corporally—that is, by leaving the human at home. Human presence on Mars simply extends the definition of “home” to include the most sustainable place within the inner solar system where humans can build a resilient, enduring multi-planet existence. Only by realizing our technological limits can we hope to realize a greater, more daring vision, of spreading our exploration and influence outward into the universe and onward into an unlimited future.

Adapted from Human Spaceflight: From Mars to the Stars, by Louis Friedman. Copyright © Louis Friedman, 2015. All rights reserved.

Louis Friedman holds a PhD in aeronautics and astronautics from Massachusetts Institute of Technology. He has worked on deep-space missions at the Jet Propulsion Laboratory in Pasadena, Calif., and he co-founded The Planetary Society with Carl Sagan and Bruce Murray, serving as the organization’s executive director for 30 years. He was co-leader of the Keck Institute for Space Studies Asteroid Retrieval Mission and Interstellar Medium Exploration Studies at Caltech.

"Human Spaceflight: From Mars to the Stars" by Louis Friedman, PhD. https://t.co/mxaVIFW7Vu pic.twitter.com/ysVNianC6z 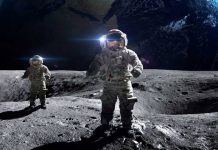