By Paul Braterman | 12 October 2020
The Conversation

Every so often you come across a piece of writing so extraordinary that you cannot help but share it. One such piece is a sermon on global warming by American pastor John MacArthur. Full of beautifully constructed rhetorical flourishes, it is forcefully delivered by an experienced and impassioned preacher to a large and appreciative audience.

For me, as a man of science, it is the most complete compilation of unsound arguments, factual errors and misleading analogies as I have seen in discussions of this subject. But it’s important because climate change is a big election issue this November in the US, where there is a growing movement of evangelical Christians who deny its existence, while Joe Biden promises a “clean air revolution”.

The minister of the COVID-denying, law-defying Grace Community Church in Sun Valley, California – which has encouraged worshippers to congregate as normal despite state COVID-19 restrictions – MacArthur is an impressive figure whose Study Bible has sold almost 2 million copies.

He regards the infallibility of the Bible, from Genesis to Revelation, as essential to his faith, and his sermon about global warming can only be understood in that context. MacArthur’s rejection of the science is shared by other major US ministries and organisations such as Answers in Genesis, Creation Ministries International and the Discovery Institute.

In this sermon, MacArthur paraphrases “a scientist at Cal Tech” (except not a scientist at all, but the novelist Michael Crichton, best known for Jurassic Park), as saying in a lecture:

Consensus science is the first refuge of scoundrels … invoked only in situations where there is a political, social, financial agenda but no scientific support.

The reverend has the most serious reasons possible for rejecting the scientific consensus concerning the age of the Earth, the origins of humankind, the history and prehistory of the ancient near East and the peopling of continents: it is totally incompatible with the Genesis account of creation, Adam and Eve, the flood and the dispersion of peoples from the Tower of Babel.

As for global warming itself, the reverend channels standard climate change denial, but all his arguments are unsound and have been convincingly refuted to the satisfaction of an overwhelming consensus of climate scientists (see in-depth discussion at Skeptical Science). He understates the amount of global warming, incorrectly describes the full record as dating back only 30 years, and cites the Little Ice Age as evidence that the changes currently taking place are natural. There’s more:

Here’s the key, friends, this is the real deal. Legitimate science recognises a close correlation between sunspots and climate change … The sun is the source of temperature changes because of its infrared variations. … There is absolutely no evidence that CO₂ contributes to warming. On the contrary the opposite is true. Warming produces CO₂ … It’s the other way round.

Here we have a collection of half-truths and misunderstandings, typical of denialists claiming to represent “legitimate science”. As the graph below shows, the 11-year sunspot cycle is a minor deviation, and the temperature increase since 1980 has occurred despite the fact that over that period the amount of solar energy falling on Earth has gone down slightly. Incidentally, this solar energy input is concentrated mainly in the visible, not the infrared, region of the spectrum, and it is the roughly balancing heat outflow from the Earth that is in the infrared. 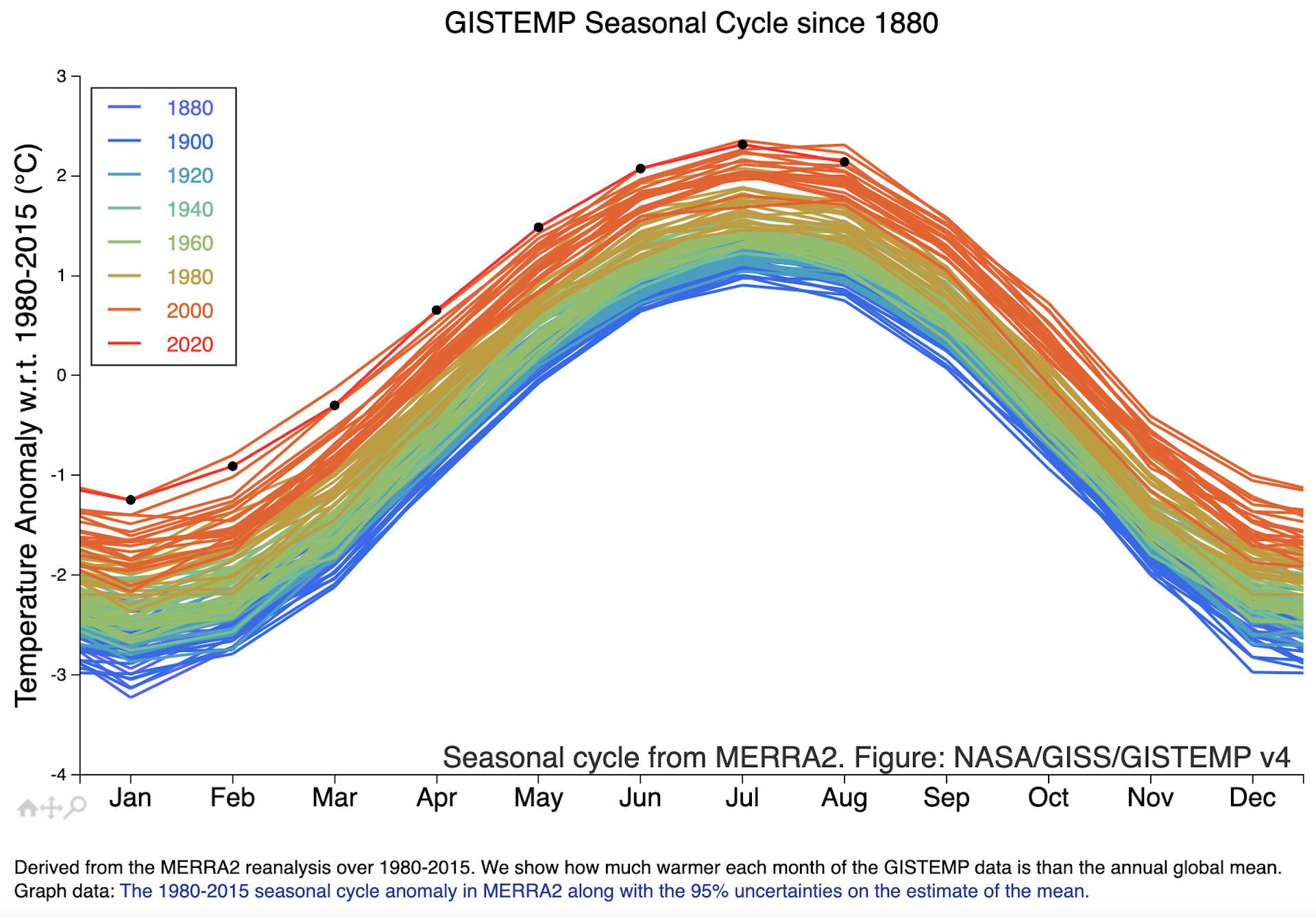 MacArthur offers a false dichotomy between saying that CO₂ warms the oceans, and warmer oceans release more CO₂. Unfortunately, both these statements are true. There is a positive feedback loop: human-released CO₂ is the primary driver, but its effect is amplified by the fact that yet more CO₂ is then released from non-human sources. Regarding CO₂ itself, MacArthur seems to be even more confused:

By the way, plants produce CO₂. What man produces is marginal … Industry doesn’t affect CO₂ in the environment or atmosphere.

Plants do produce CO₂ but they absorb more than they emit. However, when it comes to humans, their activity may cause only a small imbalance each year between CO₂ emission and natural uptake, but this imbalance is cumulative. CO₂ levels are now 50% above pre-industrial, and subtle atomic differences clearly show that fossil fuel is the source. But according to MacArthur, “There is no scientific reason to believe that ice caps are melting”.

Despite the Arctic Monitoring and Assement Programme’s video on this subject, the reverend does not think that the evidence for ice-cap melting is scientific, and that other factors are at play:

This is all political [and] financial agendas, class warfare, class envy … By the way, US$100 billion has been spent to make a case for global warming … driven by the socialist mentality … even some of the feminist mentality that resents male success.

All is now clear. Talk of global warming is part of a politically motivated conspiracy. But US$100 billion? That’s 600 years’ worth of all federal climate research spending. Clearly, those pesky socialists and feminists are formidable fundraisers. However, none of this matters because environmentalism is fundamentally misplaced. As MacArthur puts it, citing Revelation and the integrity of scripture:

God intended us to use this planet, to fill this planet for the benefit of man. Never was it intended to be a permanent planet. It is a disposable planet. Christians ought to know that.

And that is a statement that would leave anybody who cares about this world speechless.

Paul Braterman is Professor Emeritus in Chemistry, University of North Texas, and Honorary Research Fellow (formerly Reader) at the University of Glasgow. His research has involved topics related to the early Earth and the origins of life, and received support from NSF, NASA, Sandia National Labs, and Scripps Institution of Oceanography.

The Climate and the Cross 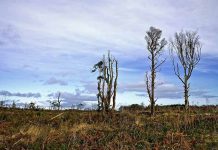