Welcome back to our series on Martian colonization! Today, we take a look at an issue that is crucial to any space-related venture, which is transportation. So when it comes to any proposals for building a colony on Mars, the first challenge is “how do we get there?” But of course, ensuring that there is adequate transportation is hardly a one-off issue.

Building a colony on Mars would require several spacecraft to transport all the necessary people and materiel. Beyond that, it would require regular deliveries of cargo, equipment, some basic necessities, and new colonists to ensure expansion and growth. That’s a tall order, and expensive to boot.

So how do we do it and what are we missing?

How Far is it?

The distance between Mars and Earth changes regularly because of the orbits of our two planets. At certain times, Mars will be on the far side of the Sun relative to us (known as conjunction). At other times, it will be on the same side of the Sun as Earth (known as opposition). The terms refer to where the Sun and Mars are relative to each other in the night sky, which occurs every two years.

The rest of the time, it varies. The next time our planets will be closest to each other will be on Oct. 13th, 2020, the two planets will be 62.1 million km (38.6 million miles) apart. At the opposite end of things, during conjunction, our planets can get up to 400 million km (249 million mi) apart. Little wonder then why so many missions are scheduled to launch this summer.

How Long Would it Take?

Because of the nature of Earth and Mars’ orbit, launch windows only come once every two years. Depending on the speed of the launch, the alignment of our two planets, and the speed of the spacecraft itself, the journey time can take anywhere between 150 to 300 days (about 5 to 10 months). It really just depends on how much fuel you’re willing to burn to get there.

But of course, sending people to Mars means sending large spacecraft with plenty of cargo space and lots of heavy cargo. That means a larger spacecraft which is going to need more fuel in order to make it there is a reasonable amount of time. And since fuel weight is what makes up the majority of a spaceship’s mass, it’s kind of a vicious cycle. Once again, the issue of expense rears its ugly head.

How do we break that cycle? Glad you asked!

What Would We Need?

Whether you consider NASA’s mission architecture for sending astronauts to Mars (aka. their “Moon to Mars” plan) or Elon Musk’s vision for “making life multiplanetary”, the key is sustainability and lower costs. While NASA and SpaceX are pursuing these goals in different ways, the basic idea is the same.

The overall mission would consist of three steps. In step one, astronauts launch from Earth aboard the SLS and travel aboard the Orion to the Lunar Gateway. In step two, they will mate the Orion to the Deep Space Transport, which will then fly towards Mars. Step three will involve the DST rendezvousing with the Mars Base Camp and the astronauts using a reusable lander to go down to the surface.

This architecture will not only allow for the first boots to touch Martian soil but will allow for follow-up missions and commercial partners to get to Mars as well. The key is having a reusable spacecraft and space stations in place, as well as using local resources (like lunar and Martian ice) to manufacture fuel, rather than trying to send everything in one shot.

Musk’s idea is a bit different and involves a single starship making the long journey to Mars. As you may have heard, his company (SpaceX) has been working on a massive launch system that consists of a reusable spacecraft and a super-heavy booster – aka. the Starship and Super Heavy.

The Starship will then transport all of its crew and cargo all the way to Mars and land on the surface to unload and refuel before flying home. Fuel will be provided onsight, manufactured from Martian water and atmospheric CO² to make methane (CH²) and oxygen gas (O²). Musk has said that he envisions a fleet of these spacecraft making trips to Mars every two years, to the point where a base (Mars Base Alpha) and even a city could be built.

As you can see, both plans rely on reusability, orbital refueling, and in-situ resource utilization (ISRU) to create a cost-effective and sustainable mission architecture.

How Close Are We?

At present, we are about a decade or so away from making the aforementioned missions a reality. It is likely to be a few decades before missions to Mars could be a regular feature. And of course, the cost of setting up all the necessary launch systems and infrastructure will be considerable! But once they are in place, Mars will finally be within our grasp!

As for establishing a foothold on the Martian landscape, see Part I: How Do We Colonize the Red Planet, in this series. As for how we might live actually live there, stay tuned for the next installment! 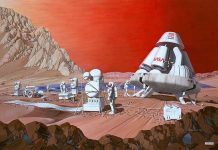 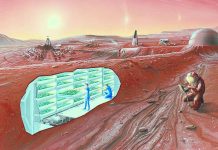