A new report backed by the United Nations warned Friday that humans must ramp up efforts to sustainably use and protect the world’s flora and fauna to avoid the extinction of thousands of species which billions of people rely on for survival every day—whether they know it or not.

After more than four years of preparation by 85 experts from around the world, drawing from scientific data as well as Indigenous people’s knowledge, the Intergovernmental Science-Policy Platform on Biodiversity and Ecosystem Services (IPBES) released its report showing people across the globe depend on 50,000 wild plant and animal species for food, energy, medicine, and other purposes.

“Without wild species, our whole planet unravels,” said Pablo Pacheco, an author of the report and a scientist at the World Wide Fund for Nature. “Billions of people rely on wild species for food, medicine, energy and clean water.”

Billions of people benefit daily from the use of wild species

The accelerating global biodiversity crisis, with a million species of plants & animals facing extinction, threatens these contributions to people.

As IPBES reported in a separate study in 2019, unsustainable exploitation and destructive practices—including overfishing, the climate crisis and continued extraction of fossil fuels, deforestation, and pollution—are pushing one million species towards extinction.

According to the new report, 12% of wild tree species are threatened by unsustainable logging practices and unsustainable hunting is imperiling 1,341 wild mammal species. More than a third of marine wild fish stocks are overfished and nearly 450 shark and ray species are identified as threatened, also largely due to overexploitation.

Friday’s report reveals how dangerous these trends are for humanity and calls for a number of changes to how people interact with the natural world.

“Overexploitation is one of the main threats to the survival of many land-based and aquatic species in the wild,” said John Donaldson, co-chair of IPBES. “Addressing the causes of unsustainable use and, wherever possible reversing these trends, will result in better outcomes for wild species and the people who depend on them.”

Sustainable use is particularly important for the security of people in the Global South, as about 70% of the world’s poorest people directly depend on wild species. Nearly 2.5 billion people—about one-third of humanity—rely on fuel wood for cooking, especially in developing countries.

“With about 50,000 wild species used through different practices, including more than 10,000 wild species harvested directly for human food, rural people in developing countries are most at risk from unsustainable use, with lack of complementary alternatives often forcing them to further exploit wild species already at risk,” said report co-author Jean-Marc Fromentin.

The report highlights a number of recommendations, largely drawing from sustainable practices that have been used for generations by Indigenous people around the world.

For example, the IPBES pointed to people in the Cordillera region of Luzon in the Philippines, who practice Batangan, with community members participating in monitoring the diversity of forests and planting new trees when older ones die.

The report also calls for policies reducing illegal and unregulated fishing to replenish fish stocks, support for small-scale fisheries, investments in technology that would reduce waste in the manufacturing of wood products, and the recognition of land tenure for Indigenous people.

“We live on a planet with limited resources, and we must treat it that way,” said Pacheco. “The good news is that sustainable and equitable use of wild species is possible if we address the biodiversity crisis from both a social and ecological lens.”

“We must co-create policies with Indigenous peoples and local communities who manage approximately 40% of terrestrial conserved areas and have developed a rich, generational knowledge of these biodiversity-rich landscapes,” he added. “This should be part of a wider alignment of global processes and national policies and targeted local actions.”

UN biodiversity report: “We need 2.8 planets if everyone on earth would live as average EU resident” 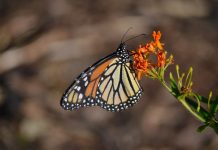 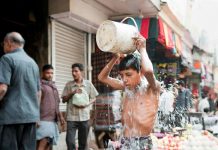 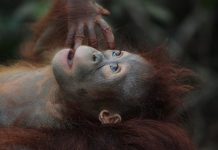 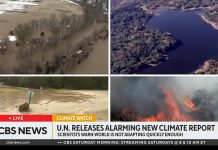