By Patrick Foong | 29 January 2017
The Conversation

Californian scientists recently grew the first human-pig embryos, and Japanese scientists say they’ve grown a replacement pancreas for a mouse inside a rat.

Scientists envision these grown organs herald a new era for drug testing and can help understand early human development. The developments pave the way for a future where transplant organs for humans can be grown inside hybrid animals.

These innovations have sprung from stem-cell science, a controversial but rapidly growing area of research. The recent Australian of the Year award given to biomedical scientist Professor Alan Mackay-Sim, who dedicated his life to researching stem cells implicated in groundbreaking treatment of spinal cord injuries, highlights stem-cell science’s potential for breakthroughs in the area of regenerative medicine, among others.

Yet, primarily due to moral considerations, stem-cell scientists have to work within many limitations placed on their research. One of these is the 14-day rule that outlaws research on pure human embryos over two weeks old. It is encoded in laws in at least 12 countries, including the US, UK, Australia and New Zealand.

Having extra time would permit researchers to investigate the causes of miscarriages and develop methods to create stem cells to cure many diseases. Given the potential therapeutic benefits, there is now a strong case to consider revising the restrictive two-week limit.

The 14-day limit was first proposed in 1979, in the early days of IVF, by the Ethics Advisory Board of the US Department of Health, Education, and Welfare. It was then endorsed in 1984 by the Warnock committee – established to inquire into the technologies in-vitro fertilisation (IVF) and embryology – in the United Kingdom, and in 1994 by the US National Institutes of Health’s Human Embryo Research Panel.

This time limit was recommended because it precedes the appearance of something called “the primitive streak”. This represents the earliest point at which an embryo’s biological individuation is assured. Before this point, embryos can split in two (twins) or fuse together. Some people reason a morally significant individual comes into being at this stage.

This is also the earliest development of the human’s nervous system (brain and spinal cord), at which there is risk of the embryo suffering pain. In short, termination of the embryo at day 14 was a compromise between reaping the benefits of research and alleviating society’s ethical concerns.

The Warnock report’s recommendations were subsequently adopted in the UK law and around the world, including Australia. The rule is embodied in many reports commissioned by governments and in guidelines for embryo and assisted-reproduction research.

Researchers called for a revision of the 14-day rule last year after scientists in the UK and US devised a method to enable a human embryo to survive outside the womb longer than before.

They did this by successfully creating a chemical environment that tricked the embryo into thinking it was in a womb while it was still in a petri dish. The cells they used were obtained from stem-cell lines derived from early (four- to five-day-old) embryos, donated through fertility clinics.

Scientists had to destroy the embryos on the thirteenth day of their survival in the petri dish to avoid violating the law. Before the destruction, the UK and US teams discovered a cluster of cells emerged on the tenth day of the embryos’ development, suggesting a previously unknown biological process was occurring.

Having more time with the embryos would allow scientists to study all aspects of early human development with unprecedented precision.

One of the study’s researchers, Marta Shahbazi, said the ability to observe embryonic development in the laboratory offered a

unique opportunity not only to learn how the embryo develops in this period, but to understand why pregnancies fail at this critical junction in development.

Until then, the 14-day rule presented few obstacles to researchers as an embryo had only been able to survive nine days in a laboratory. In the case of IVF, the outside embryo is usually implanted into a womb in the first seven days.

Prior to the publications of the recent studies, there appeared to be few valid reasons to amend the 14-day law. But scientific progress has brought us to a point where we have a reason to revisit the moral boundary line.

According to the bioethicist, John Harris, the consensus of scientific opinion is that scientists can learn much by augmenting the 14-day limit to 21 days. He notes, by comparison, abortion in many nations is legally permitted up to 24 weeks’ gestation – a threshold substantially beyond the 21-day limit.

The 14-day rule has survived for more than three decades and to amend it would require careful evaluation. If we maintain a status quo that prevents meaningful research from proceeding, we risk forgoing therapeutic benefits owed to society and future generations.

But revising the rule requires a careful, deliberative approach, which would include conducting an inquiry into Australian public attitudes and open, democratic debate.

Meanwhile, the Nuffield Council of Bioethics, the body that decides on contentious scientific research in the UK, has announced it will review the present experiment limits. Here in pluralist Australia, we should begin to have the difficult conversation about this sensitive, complex and important topic.

"Having extra time would permit researchers to investigate the causes of miscarriages and develop methods to create stem cells to cure many diseases."

Alan Mackay-Sim – The Man who Smelt a Miracle

Scientists created the first human-pig embryo that could revolutionize healthcare 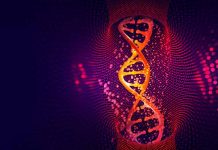 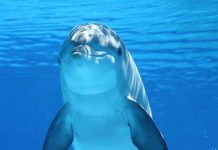 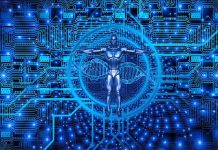