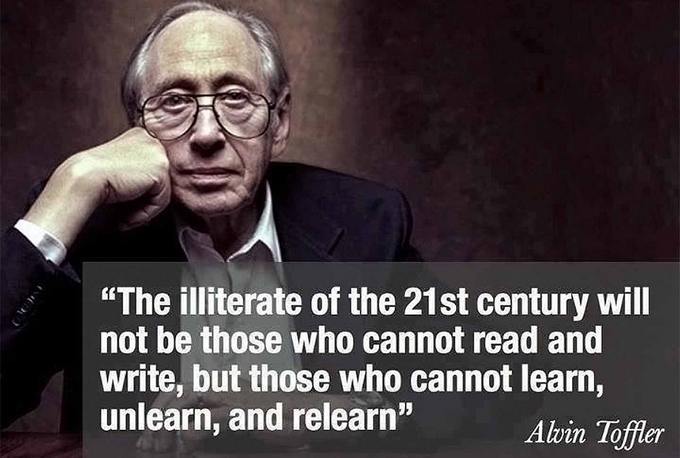 The illiterate of the 21st century will not be those that can’t read or write, but those who cannot learn, unlearn, and relearn.
– Alvin Tofler, Rethinking the Future

As we all become life long learners, unlearning could be our biggest challenge. Our mental models prevent us from seeing the need for change. We are creatures of the only world we have individually known. Even if you are one hundred years old, the mental models established after humanities second Tipping Point dominate your thinking. They form our intuitions and belief systems.

Yet we now live in a world where every day that passes challenges those mental models. Our tendency is to hold onto them, hoping that change is temporary, and the hype surrounding us is science fiction. In a recent book titled Autonomy, author Lawrence Burns chronicles the history of the driverless car. As the head of R&D at GM, Mr. Burns had a front row seat, as he watched Detroit ignore what Silicon Valley could see very clearly: driverless cars would transform mobility. No need to change the way we think; driverless cars will never happen.

We humans alive today can be forgiven for thinking this way; our belief systems have rarely been challenged as they were during the early days of the second industrial revolution. But here we are, entering a period that is likely more impactful; possibly including fundamental changes in the nature of being human. Alvin Toffler was right, continuous learning is the hallmark of our future as humans – but to relearn, we must unlearn. As an example, the Ecosystem world that is emerging requires us to think differently. Our traditional way of thinking – reflected on the left side of the visual above – served us well in a manufacturing, tangible, firm-centric, and asset heavy era. Along these same lines, Klaus Schwab in his book titled Shaping the Fourth Industrial Revolution had this to say:

I believe he captures our challenge well. The right side of the visual describes the shift in our mental models as we move from our traditional frame of reference to a very different way of thinking. This way of thinking applies broadly across multiple scenarios beyond ecosystems. As Mr. Burns so eloquently described in the book referenced above, our failure to see the possibilities makes us spectators as others pursue them. In this case, Detroit was the spectator as Carnegie Mellon, Stanford, Google, Uber, and others pursued the possibilities.  Beyond our mental models lies the issue of 19th century institutions. Transformation agendas around the world are flawed if they do not attack the foundational structures that society and our organizations are built upon. These structures were built for a different era – and they will eventually collapse under the weight of our new era. We can proactively lead this change; or be spectators as the change occurs.

A good example of a structural change lies in how we measure. For example, GDP as a measurement was invented in the 1930s. As described in a book titled The Growth Delusion, growth was not something we focused on back then. GDP is a child of the manufacturing age, it was designed primarily to measure physical production. Our transition to a service economy – where considerable value is hidden in consumer surplus and intangible versus tangible capital – has rendered aspects of GDP ineffective. As stated by author David Pilling, people do not see the reality of their lives reflected in the official picture, the picture painted principally by economists.

Leadership at all levels is therefore required. Franklin D. Roosevelt when faced with considerable challenge in the middle of the second industrial revolution said this: the country needs and, unless I mistake its temper, the country demands, bold, persistent experimentation. Well, I’d say at a global level, we are here again. Bold experimentation requires us to learn, unlearn, and relearn. Let’s hope we are up to the challenge that unlearning represents.

I’ve referenced several books in this post. You can se a full list of great books in my Book Library. 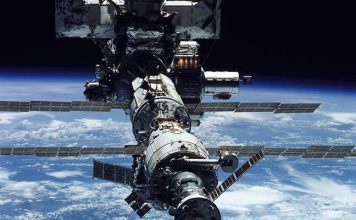