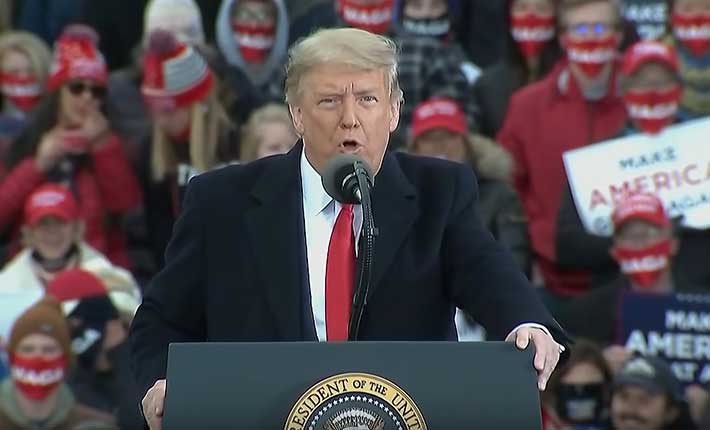 I am totally uneasy as we approach 11/3 as the crazies, including sadly members of my own family, do not get the fact that Trump is so obviously a burgeoning neo Nazi whose re-election could further damage our democracy beyond easy or even any acceptable repair.
We have lost much of our vaunted credibility as an international leader only to become a laughingstock for Putin, Chi and Kim.

Did you see this week on TV the massive military parade Chi hosted in China? He is flaunting his power. If Chi decides to take Taiwan which he may, can our recourse be a military defense? Such action could lead to a war neither of us could stop. More on that in a moment.

Remember with nostalgia what Kennedy was able to negotiate with Nikita Khrushchev in withdrawing Russian missiles from Cuba. Think about it. The so-called Monroe Doctrine for South America is dead and the world of so called big nation protected spaces is no longer without major war risk.

Our sad domestic situation has been made so traumatized by Trump’s lies and the incursions of false stories from our major enemies be they Chi or Putin. Putin has Trump in his pocket.

Yes, as Tom Friedman recently noted, this our election becomes a pivotal moment on our history.

Our domestic political atmosphere has been so traumatized by Trump’s lies and the incursions of false stories into our mass media from our major enemies that our election becomes a pivotal moment on our history.

There is of course still a reasonable chance that Biden will win, and his actions if he does will be seminal for our future.

Our record of stupid wars since Vietnam, where I lead a tour of experts to study a method of family planning in 1994 underlines for me that dismal record. Those poor yet wonderful people beat us and as a result should have taught us a lesson, but subsequently our international arrogance has continued. Yes, it can be argued that we saved South Korea from Kim’s father but we were joined in our military action with approval from the UN Security Council (its Russia representative was not there when the vote was taken).

Trump was pursuing huge personal deals with China, including trademarks for him and his daughter, while he sabotaged American farmers and businesses to “get tough on trade.” #TrumpChinaBankAccount https://t.co/xRRDgD3RZ3

Even after South Korea our military-industrial complex and acquiescent Congress and Presidents were willing, to me it seems for perceived economic benefits for our domestic economy, to be stupid with “police actions” never obtaining Congressional approval, which was last obtained by FDR after Pearl Harbor. As some wise historians have already let us know, those police actions were futile, dangerous and needlessly expensive, as well as corruptive of our moral standards for international behavior.

We must understand that wars of any kind now could start a nuclear war which will make our planet so much less livable that the survivors might not be glad they survived.

So here we are divided by false news into hate postures which have put the two sides at each other’s throats and made this election the most important of my lifetime. At nearly 90 I can only grieve at the legacy of foolishness my generation is handing on to the next.

Biden, if elected, actually has a shot at fixing our bedeviled republic. He has nothing to lose and could take actions so important to overcoming the dangerous legacy of hate and dissolution which Trump has generated.

Our economy, which by the way was in no way greatly improved by Trump or prior Presidencies, but rather as the result of our basic freedoms to create new businesses and opportunities for us citizens, and which could continue to do so under a calm, moderate and cooperative Congress and Chief Executive. Even the blatant packing by Trump and the Republican Party of the Supreme Court could prove to be manageable because even errant new Justices will likely see the damage to cutting off health care for the poorest and going against the Stare Decisis precedence of Roe vs Wade and Casey after 47 years of successful experience.

Think carefully, Trumpers, as while you likely have already voted you will regret deeply your choice. Now you are listening to his raging rants at the unprotected faces of his rally fans from this potential neo Nazi incumbent. You perhaps subsequently will realize if he is re-elected how he unmercifully adopted these stances to enable his ego maniacal personality to entice your worst instincts, just as he was able to the sell the illusion of gain to Michael Cohen, his 12 yearlong insider lawyer-fixer, who gave up everything for Trump’s song of power–which was unconscionable power for him and also not you.

Former Trump chief of staff unleashes on the President to friends