By Donald A. Collins | 26 September 2017
Progressives for Immigration Reform 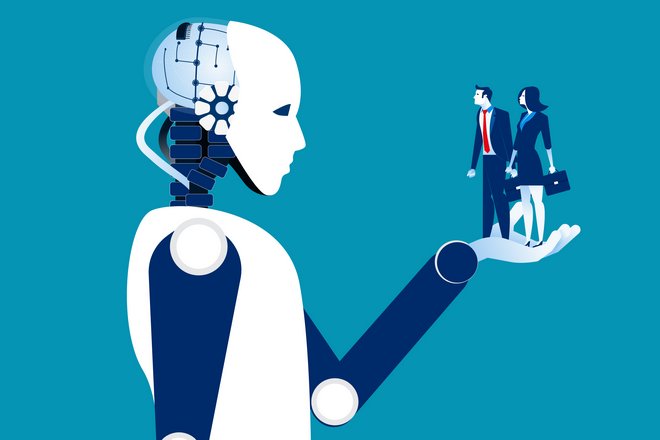 Someone I met recently told me about his recent conversations with some senior McDonald’s Corporation officials who advised him that they intend to automate their over 14,000 US stores as rapidly as possible. Each store he was told typically has a crew of 13 to 15 employees now. When fully automated, each store will only need TWO. The impact on the demand for low skilled labor will be dramatic indeed, and that kind of automation is now happening in every possible business situation.

Another example came from an article by Randy Pullen, President and CEO of WageWatch, Inc., which he founded in 1999 to design and implement Web-based wage and benefit surveys. Mr. Pullen’s work experience includes over 30 years of software development and consulting to the hotel industry.

In his recent article in the June Issue of Hotel News Now entitled, “Automation of the hotel experience is the future” Pullen tells us that “Artificial intelligence and robots are here, and increasingly will be able to do much of the work in hotels.”

You can read his entire article here, but I will quote briefly from it below.

Hotels are on the edge of a new era driven by automation, artificial intelligence (AI) and robotics. Of course, I am not the first one to say this as there are many published articles extolling the virtues and sins of automation in the workplace, and AI technology in the hotel industry.

Automation of guest messaging, mobile check-in and check-out, room assignments, motion detection, mobile key cards and facial recognition are already in service in many hotels around the world, and this is just the beginning.

Tractica, a market intelligence firm focused on AI and robotics, forecasts global robotics market revenues to grow from $28 billion in 2015 to $151 billion a year by 2020. They predict the majority of the growth will come from “non-industrial” robots.

Tractica’s forecast does not include the future growth of AI and its impact on robotics. When you add AI to robotics what you end up with is a friendly robot that can learn and adapt to changes in the workplace. Both PricewaterhouseCoopers and McKinsey & Company have researched and written several white papers on the rapid advancement of AI and automation, and their coming impact on the workplace. In a study issued in March, PricewaterhouseCoopers estimated 38% of jobs in the U.S. would be automated by the early 2030s. For the accommodations and food service sector, they estimated that 25% of jobs would be automated.

Both studies likely underestimate how rapidly AI and automation will transform the workplace and our personal lives. It is not possible to predict with accuracy the speed with which new technologies will advance. Disruptive technologies such as desktop computers and smartphones changed the workplace and our personal lives much faster than predicted when first introduced into the marketplace. I predict the assimilation of AI and automation into our lives will happen much quicker in what is now being called the Fourth Industrial Revolution.”

If Pullen is correct, the shock of automation on our workforce will be fast and devastating. Thousands of low-skill labor positions will be replaced, leaving room only for those who can maintain the machinery that has replaced them. What then will happen to the American people?

Our labor system is currently abused by corporations looking out for their bottom line and not America. This means putting profits over people, and hiring legal or even illegal immigrants to compete with citizens for lower wages. One would think that, if our industry innovates to automation quickly enough, that cheaper foreign labor will not be necessary, but this is a naive assumption. Our corporate oligarchies will never return to us the fruits of our own labor.

We cannot trust our elected representatives to save us, as they were the ones that sold us citizens out in the first place! Neither major party wants to curb the immigration influx, as our elected officials are reliant on donations from their corporate masters. This is especially true since the US Supreme Court’s 2010 Citizens United decision, which gave no limits on how much corporations can spend to elect their proxies.

Many middle and working class Americans felt this pain and frustration, and reacted by electing Donald Trump, who campaigned on a vehemently pro-American and anti-immigration platform.

If Trump cannot come through with his promises, he may find himself faced with a horde of angry Americans, with little patience and no employment.

An Inside Look at Cainiao’s Intelligent Warehouse

Racism, while indeed a threat, pales compared to other issues now ignored: Overpopulation being the key one