By Donald A. Collins Sr. | 20 April 2017
Progressives for Immigration Reform 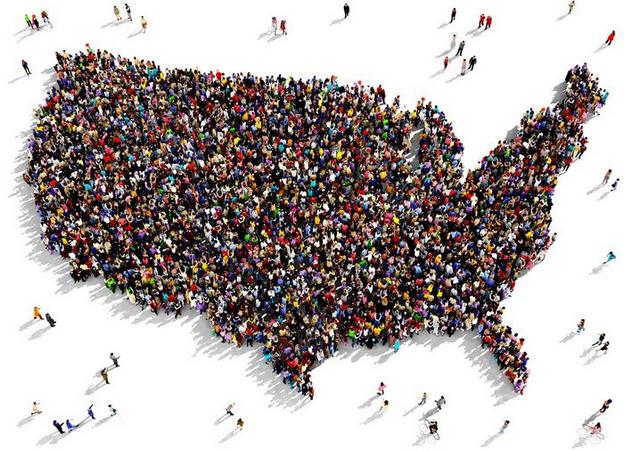 After years of reading the endless sob stories about immigrants in open border biased outlets like the Washington Post and other media that is biased in favor of open borders, I was heartened to finally read on the OP ED page of the April 16, 2017, Wall Street Journal, a post entitled “Opening Our Borders Would Overwhelm America”. This piece argued what amounted to the first straight story on the urgent need for simple, easy to accomplish, immigration reform.

Time and again we are treated to disingenuous claims from discredited organizations such as the Southern Poverty Law Center (SPLC) that wrongly attempt to brand prudent opinions of those seeking real immigration reform as racist. For decades the majority of Americans have been clamoring for real immigration reform that works in the best interest of the citizenry. Sadly, the proposals they get are more often than not fixated on serving the needs of big business looking to create a large, quiescent, and exploitable labor force. This is exactly why Mr. Dave Seminara’s column is so important; because he simply goes to the heart of what responsible critics of our immigration mess have been saying for years. He states: “When I screened visa applications as a foreign service officer, I learned how many want to come.”

And the numbers are significant and this level of demand must be taken into account as we begin to reform the system. He further states:

The immigration debate in America is often framed in absolutes: Those who want the law enforced, support the construction of a wall along the southern border, or are concerned about vetting migrants from troubled parts of the world are denounced as racist, xenophobic bigots. As a former foreign service officer who screened more than 10,000 visa applications, I’ve seen firsthand why tough immigration enforcement is necessary.

The question I hear most frequently regarding my time as an immigration gatekeeper is: Why can’t we just let people in? It’s a reasonable question. Anyone who has never lived in a corrupt country with no rule of law, unsafe drinking water, foul air and few opportunities to escape poverty may find it hard to fathom the desperation that drives millions to strike out for the United States.

Understanding how attractive life in America is to the 1.5 million legal and illegal aliens who arrive on these shores every year is vital to understanding why strict immigration enforcement is a necessary evil. How many might come if we loosened or even removed visa restrictions?

Last year more than 76 million foreign visitors were admitted at U.S. ports of entry. We have no idea how many of them worked illegally or overstayed, because we still don’t have mandatory E-Verify or a reliable entry/exit visa-tracking system. And while we don’t know how many visitors would stay if we let them, we can draw some conclusions from the Diversity Visa Program, better known as the green-card lottery.

The annual lottery received more than 40 million applications from around the world from 2013-15, including more than a million each from Egypt, Ethiopia, Iran, Nepal, Sierra Leone, Ukraine and Uzbekistan. More than 1.7 million Ghanaians played the lottery last year.

To enter the 2018 lottery, you must come from a country that sent fewer than 50,000 immigrants to the U.S. in the previous five years. For this reason, nationals of Bangladesh, Brazil, China, India, Mexico, Pakistan and more than a dozen other countries are ineligible. Further, only those with a high school diploma or sufficient work experience qualify.

Polls bolster the case for immigration enforcement. A 2008 Gallup survey of residents in 82 countries revealed that 26% of the world’s population wanted to move permanently to another country. Rolling surveys conducted by Gallup of 452,199 adults in 151 countries between 2009 and 2011 estimated that 640 million people wanted to emigrate, with the U.S. being the desired destination for 150 million. A 2014 Pew Research study found that 34% of Mexico’s 120 million people would like to move to the U.S.

These polls reflect aspirations based on present realities, including the potential hardship and expense of migrating illegally. Imagine how many more would come if doing so were safe, legal and easy.

If the U.S. loosened visa restrictions or expanded the sanctuary-city concept to the national level, particularly with no similar moves from any of the world’s other rich nations, we’d see the largest mass movement in human history. It would be an epic economic and environmental catastrophe. And yet in the current political climate, it’s hard to find anyone outside the Trump wing of the Republican Party willing to articulate the need for enforcement.

It wasn’t always this way. In 1993 then-Sen. Harry Reid said that “no sane country” would provide rewards like birthright citizenship to the children of illegal aliens. President Clinton, in his 1995 State of the Union address, got a bipartisan standing ovation for discussing immigration in Trumpian tones. Mr. Clinton argued that illegal immigrants took jobs from Americans while imposing burdens on taxpayers. He promised to hire a record number of new border guards, deport twice as many criminal aliens, crack down on illegal hiring, and discontinue welfare benefits for the undocumented.

Anyone making these same arguments today would be labeled a xenophobe or worse. Immigration advocates have staked out the moral high ground while ignoring the messy details of enforcement and surging visa demand. Beyond promises to deport killers, rapists and terrorists, it’s hard to know what type of enforcement, if any, Democrats and pro-immigration Republicans support these days. They find President Trump’s “enforcement first” approach unacceptable but seem unable to articulate an alternative besides legalizing everyone in sight with a vague, unrealistic promise to get tough in the future.

The U.S. makes up only 4.4% of the world’s population. Those, like me, who believe that we must maintain the right to pick and choose whom we allow to live here, rather than concede this right to the 95.6% of the planet that lives outside our borders, aren’t xenophobes. We’re the grown-ups in this conversation—the only ones willing to admit an unfortunate truth that’s becoming more politically incorrect by the day.

Mr. Seminara is a journalist and former diplomat.

Never in their histories have responsible organizations such as the Federation for American Immigration Reform, NumbersUSA, or the Center for Immigration Studies ever referred to any particular ethic group as undesirable. Nor have they ever stated that any particular religion or creed was unacceptable. Rather, they have only worked to inform on the impact of the vast numbers alone and the delusional thinking that accompanies the concept of open borders.

Trump took the presidency on the promise he would reform immigration in a way that works best for citizens (both native born and naturalized). Now is the time for him to do so.

Walls, Deportation, and Dreamers: Is Trump Right About Immigration?

The Globalist Created ‘Humanitarian’ Immigration Crisis: Why This Is Happening Now

Racism, while indeed a threat, pales compared to other issues now ignored: Overpopulation being the key one